Earlier this week on-chain analyst Willy Woo released a new price model for Bitcoin (BTC). The model identifies the start of exponential Bitcoin bull runs based on historical data. According to the model, Bitcoin may be just one month away from an official bull market.

Will a BTC bull market begin in July?

The price of Bitcoin was hovering around $10,000 in February before the coronavirus pandemic led to the U.S. stock market to correct sharply. At that time, analysts expected BTC to pull back as the price had also rejected at $10,500 which is a pivotal resistance level.

Surprisingly, Bitcoin price dropped rapidly as it fell below $6,000, ultimately dropping to a yearly low at $3,600 on BitMEX. This caused mayhem in the cryptocurrency market as more than $1 billion worth of leveraged positions were liquidated.

According to Woo, Bitcoin was positioned for a bull market before the coronavirus pandemic affected nearly all risk-on markets. Woo’s new model, which accurately marked the start of four previous bull runs, indicates Bitcoin is preparing for another uptrend in the near-term.

“This is a new model I’m working on, it picks the start of exponential bull runs. 1) Bitcoin was setting up for a bullish run until the COVID white swan killed the party. 2) This model suggests we are close to another bullish run. Maybe another month to go.” 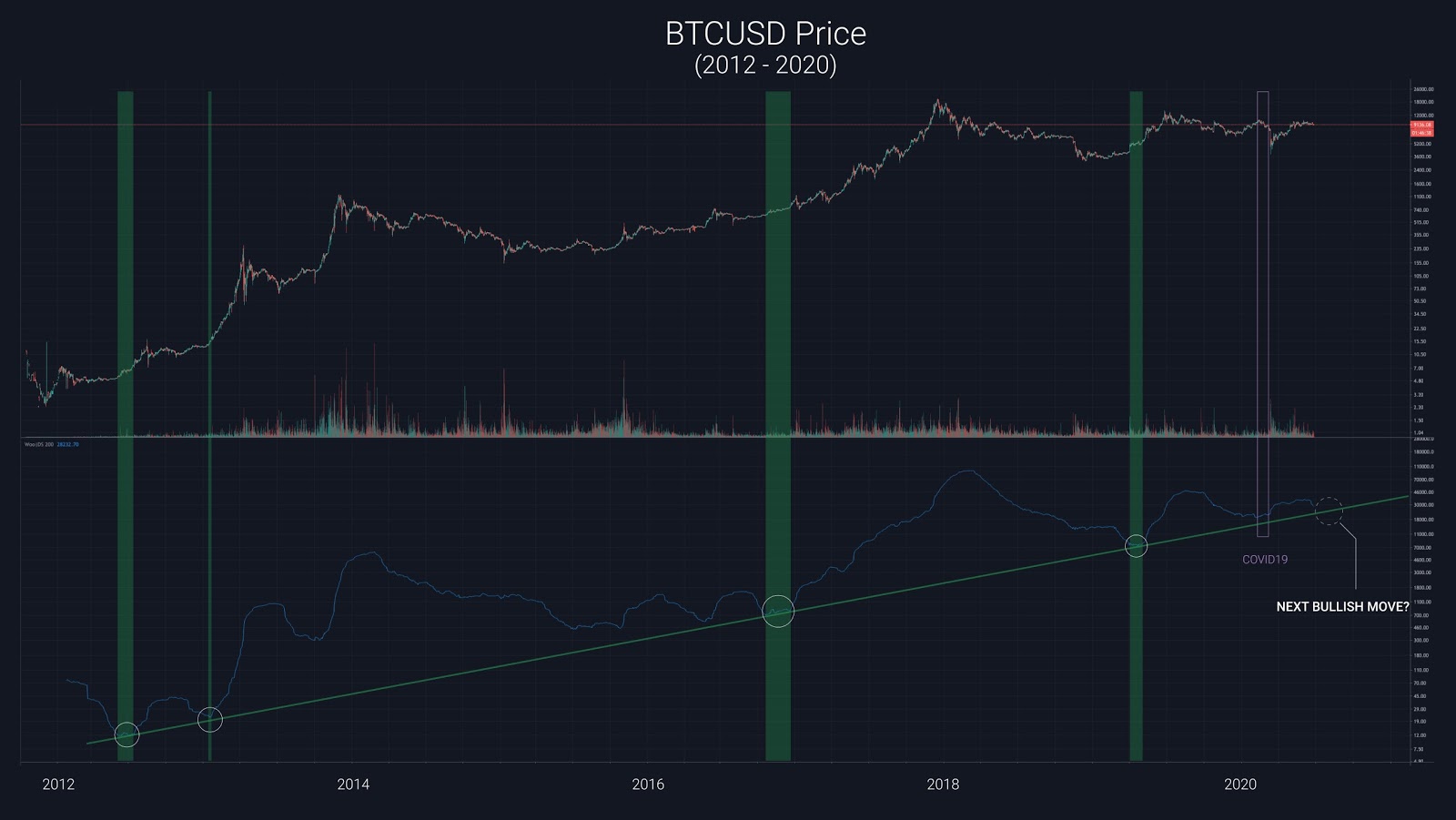 If the price of Bitcoin remains stable for longer, Woo said that it could strengthen the next breakout. Furthermore, Bitcoin has shown a relatively low level of volatility for well over a month, defending the $9,000 support level.

“The longer this bull market takes to wind up, the higher the peak price (Top Cap model). A long sideways accumulation band is ultimately a good thing.”

A long period of consolidation under a multi-year resistance level such as $10,500 is often considered as a positive factor because it shows buyers are attempting to breach a key level but there is not enough selling pressure to counter it.

“The upward trend has morphed into more of a sideways pattern and has experienced some dips lately. However, market structure remains intact. The series of higher lows has not been broken. Does this pattern continue to hold?”

What is important to remember is that despite the current corrections, Bitcoin price remains in an uptrend even as it moves sideways in a consolidation phase. This confluence of bullish macro factors and the resilience of key Bitcoin support levels raise the probability of a strong bull market in the medium to long-term.