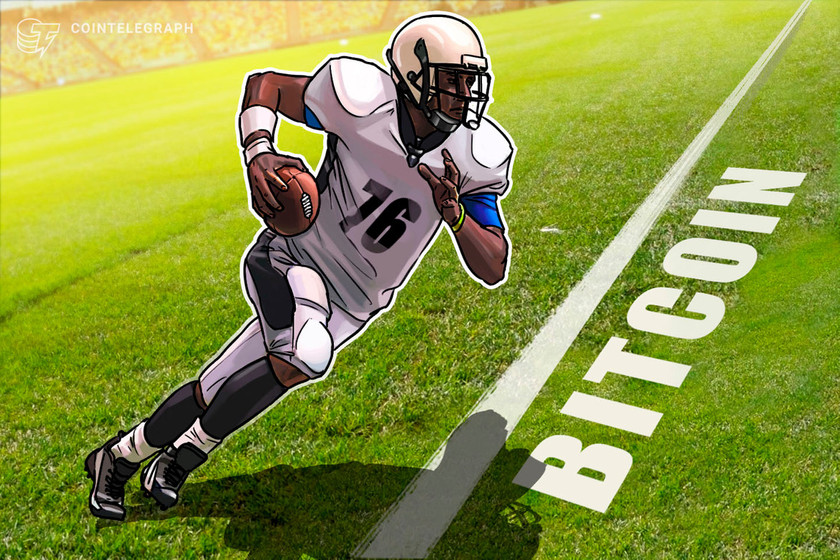 National Football League player Russell Okung is a strong proponent of Bitcoin (BTC). And while he may be converting a portion of his salary into BTC, his employer, the Carolina Panthers, isn’t paying him in virtual currency — although a few excitable crypto-focused publications were foxed by the story.

A spokesperson from the Carolina Panthers confirmed to Cointelegraph that Okung, like the rest of his teammates, is paid in dollars only. What he chooses to do with the money is his business, the spokesperson said. In other words, the player doesn’t have any agreement with the team to receive compensation in the form of BTC.

Offensive tackle Okung is currently in the final year of a four-year contract and will earn $13 million this year, according to Spotrac.

The NFL player is reportedly using a crypto startup called Strike to convert some of his earnings into Bitcoin. A beta version of the application, which claims to allow users to “send money instantly, with no fees, anywhere in the world,” is available for iOS, Android and Chrome.

Okung may have contributed to the confusion in a recent tweet proclaiming that he is being “Paid in Bitcoin.” The tweet was a response to a post from May 2019 when he first expressed his desire to get paid in BTC.

It’s not entirely clear whether Okung intended to show that he’s getting paid in Bitcoin or to promote the crypto startup with the following tweet:

The NFL star has amassed a large following on Twitter due to his celebrity status and Bitcoin evangelism. His Twitter headline reads, “life liberty, and #bitcoin.” His followers include Michael Saylor and Anthony Pompliano, among other crypto proponents.

His recent tweets promote the idea of buying Bitcoin and educating citizens on the impact of inflation on the buying power of the U.S. dollar.

Stacks Foundation Will Soon Put Those 100M Tokens to Work