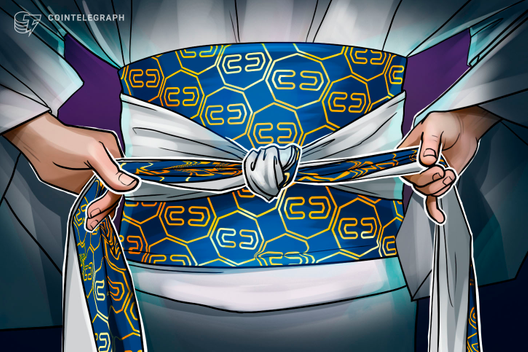 Bank of Japan (BOJ) Governor Haruhiko Kuroda said that there is no public demand for a central bank digital currency (CBDC) in the country.

During his speech at the symposium for the 35th anniversary of the Center for Financial Industry Information Systems on Dec. 4, Kuroda addressed the challenges posed by private global stablecoins and CBDCs. He concluded that at present there is no reason to issue a CBDC in Japan:

“In Japan, the amount of cash outstanding is still increasing, and it does not seem that there is a demand for CBDC from the public at present. Nevertheless, the Bank of Japan has been conducting technical and legal research on this matter in order to stand ready when the need for CBDC 13 may arise in the future. The Bank also needs to study the impact of CBDCs on financial intermediation.”

While the central bank governor does not currently see a reason to issue its own digital currency, he admits that “there is a wide variety of private digital money denominated in Japanese yen.” The bank encourages the use of such private digital currencies and their improvement, aiming to make their features closer to what is expected from a CBDC.

One strategy that the bank is adopting to promote such systems is increasing the number of cashless payment users and ensuring interoperability among multiple payment service providers. In October, the institution has introduced a point reward program for customers using cashless payments to improve the productivity of relevant businesses.

No stablecoins until risks are addressed

Still, when it comes to global stablecoins such as Facebook’s Libra, Kuroda said the bank would take a more cautious approach. He said:

“Global stablecoins (GSCs), such as Libra, may offer convenient payment services to many users, if legal certainty and technical stability are ensured. However, users cannot continuously appreciate the benefits of GSCs unless various challenges and risks related to money-laundering, cyber-security, data protection, and consumer and investor protection are properly addressed.”

Kuroda also said that no GSC should begin its operations until legal, regulatory and oversight challenges and risks are addressed. He noted that it is essential for authorities worldwide to cooperate and maintain financial stability with free capital mobility in a world with stablecoins.