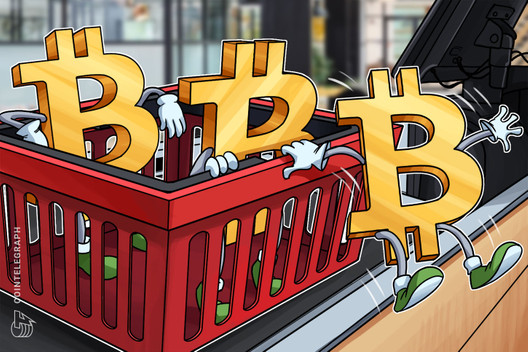 Bitcoin (BTC) will be most attractive to United States citizens whom the government refused to bail with $1,200, one market commentator says.

As it emerged that stimulus checks may be going towards purchasing BTC, Gabor Gurbacs, digital asset director at VanEck, argued that those left out will still look for an exit from fiat.

Gurbacs: Bitcoin will appeal to bail out losers

Rather than as a short-term investment, people without stimulus checks will value Bitcoin more for its store-of-value properties and permissionless nature.

“Those that didn’t get stimulus checks or corporate bailouts are the most likely to buy #Bitcoin for what it is: A scarce, non-sovereign-issued, trust-minimized, hard asset,” he summarized in a tweet on April 21.

“The most influential group of new adopters since the early days of Bitcoin is just entering the arena.”

His words come just days after data suggested that U.S. helicopter money was already finding its way into cryptocurrency.

According to exchange Coinbase, deposits for the full $1,200 value of the stimulus checks had increased four times over.

The United States will meanwhile send fresh dollars worth over 69 million BTC to small businesses as its latest stimulus package injects even more money.

On April 21, Congress passed the latest $484 billion instalment of the stimulus program, which lawmakers indicate will have many phases and continue on for months on end. Other voices have called for helicopter money to continue and increase in value to regular payments of $2,000.

The general consensus among Bitcoiners and consumers alike nonetheless points to the idea that $1,200 is poor compensation for the loss of jobs, wealth and other restrictions imposed as a result of the government’s response to coronavirus.

“The Bitcoin Standard” author, Saifedean Ammous, is among the most vocal critics of lockdowns, in particular, arguing that they are ineffective at helping coronavirus abate while actually shortening lifespans in the long term.

Newest Crypto - May 18, 2022
0
The crypto bloodbath continues to rage on, as bitcoin drops 13%, although to a lesser degree than what was experienced last week. Due...

Bitcoin Set to Enter Disbelief Phase — Should Hodlers Prep for...