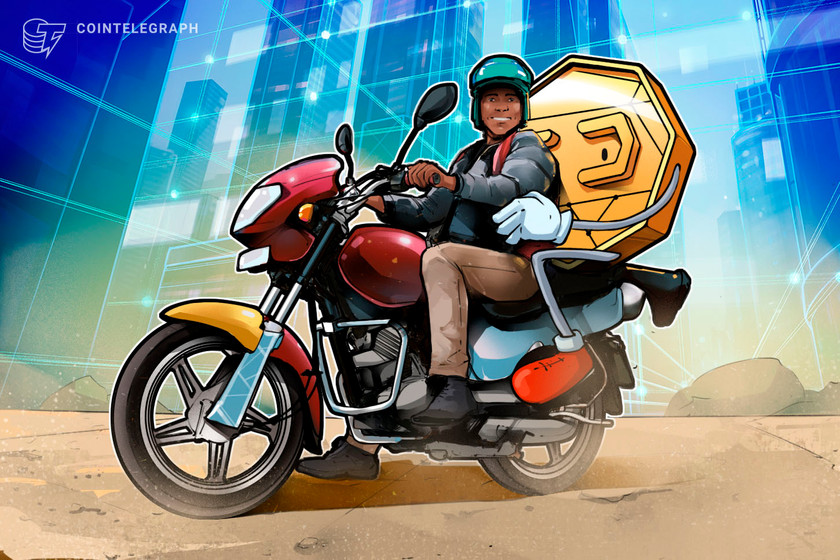 The first-ever virtual version of Blockchain Africa delivered an optimistic outlook for the cryptocurrency and blockchain space in the continent as the world settles into a new normal dictated by COVID-19.

The conference featured a number of well-known industry commentators, participants and thought leaders from around the world who addressed a completely virtual audience. The event attracted around 4,000 attendees online, according to organizer Sonya Kuhnel, despite going virtual in light of the ongoing COVID-19 pandemic.

A major highlight of the conference was an insightful keynote address from Cardano founder Charles Hoskinson on Africa’s burgeoning position as a hotbed for cryptocurrency and blockchain adoption and development. Hoskinson outlined his belief that the continent would drive innovation in the space and highlighted Cardano’s ongoing investment and work in various African countries.

Some prominent individuals from the African cryptocurrency and blockchain space tackled the industry’s progress on the continent in various presentations and panel discussions. Regulation and adoption was a major talking point that will be expanded upon later in this summary.

Hoskinson’s address at Blockchain Africa painted a bright future for the continent, likening Africa’s position as an emerging economy to that of China in the 1980s. In the space of three decades, China became a global powerhouse, and Hoskinson asserted his belief that Africa could follow in its footsteps and even surpass the Asian powerhouse.

Key to this accelerated development is Africa’s position as a marketplace for completely new systems like blockchain technology, which will bring efficiency and lower costs, resulting in what Hoskinson described as a huge competitive advantage to nations that adopt them first:

“The first countries to hold national elections online that are credible, free, fair and auditable will likely be African nations. The first countries to have an end-to-end digital identity and economy, there’s a great potential for that to be African nations — not Germany, not France, not England, not the United States, not China or Japan. This is an all-you-can-eat buffet of progress and new systems.”

Cardano has actively invested and built digital infrastructure in Ethiopia and other African countries that are being used to service large-scale government deals. The rationale behind this, according to Hoskinson, is the fact that citizens in those countries will begin using this new technology and its tools.

The hope is that Africans take advantage of Cardano’s Catalyst funding system, which has over $250 million of grants for individuals and businesses to build infrastructure, applications, services and products in the Cardano ecosystem. Cardano will also look to establish multiple headquarters across Africa, and Hoskinson hopes to see the firm’s staff on the ground in Africa grow into the hundreds and even thousands. He also stressed the need to develop the right tools and systems that will make a difference:

“It would be a travesty if those systems allowed that wealth to only aggregate in one place. In my view, it’s incredibly important that we remember the first principle: that we are truly equal and there is no centralized power.”

While Hoskinson painted a bright picture of Africa’s potential to drive innovation in the cryptocurrency and blockchain ecosystem, the continent still has some teething problems to address as it begins to adopt this new technology.

A panel of speakers with intimate experience working in an African blockchain and cryptocurrency context dissected the most pertinent challenges currently facing countries and businesses that are forging a path in the space.

Luno has become a popular option for South African, Nigerian, Ugandan and Zambian cryptocurrency users. Given that it operates in these African countries, Reitz addressed some of the pain points for crypto users on the continent and highlighted the simple fact that acquiring cryptocurrency safely remains a significant hurdle: “It’s still very much the early days. Exchanges often think that most people know about crypto and know how to buy and sell it safely — but that is really not the case.”

He went on to add: “One of the main challenges for us still is that we don’t have enough safe access points for people to use their local currency to buy crypto and vice versa across Africa.” He concluded, saying: “Infrastructure is still a challenge for us Africans.”

Wanjiru reiterated the fact that so many individuals across the world are completely uninformed about cryptocurrencies and that trust will be another stumbling block for adoption in Africa: “You can’t bypass trust. On the tech side of crypto, we could argue how mature it is, how ideal it is, how much of a yield it has, but on the people side of things, we have to build trust.”

Regulation, or lack thereof, is another challenge for cryptocurrency exchanges and service providers in Africa. Reitz highlighted the fact that banks are having to play the role of regulator at this nascent stage of cryptocurrency use in Africa:

“We’re seeing very little regulatory guidance across Africa and the result of that is that banks are being made the de facto regulators, and that’s a big risk to crypto businesses because customers can’t use your products effectively.”

On the flip side of the coin, heavy-handed regulation can completely stifle adoption as has been evident in Nigeria in recent months. The country’s central bank effectively banned local banks from servicing cryptocurrency exchanges in recent weeks. Operating in Nigeria, Quidax’s Okoro said the move has robbed citizens from enjoying the benefits of the ongoing rally in the cryptocurrency markets:

“Nigerian’s have been excluded from economic prosperity. When all of this happened, Bitcoin was sitting around $38,000, and people were saying: ‘hey, I want to get into Bitcoin.’ Now Bitcoin is sitting around $60,000, and all of that prosperity that someone might have received getting into BTC at that time has been missed.”

“We see such an aggressive uptake in Africa because, in addition to the investment case, cryptocurrencies also solve some of our pain points — inefficiencies in payment systems, expensive and long remittances, being able to make and receive micropayments. We’re seeing a lot of these things occurring in the African market.”