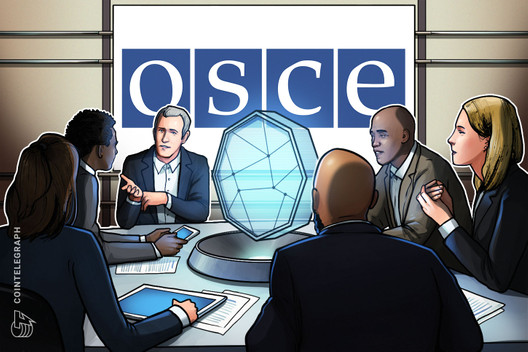 The Organization for Security and Cooperation in Europe (OSCE) conducted a training course on combating darkweb-facilitated crime. Law enforcement representatives from Central Asian countries were taught how the darkweb and cryptocurrencies function, in order to better combat drug-related crime.

The training was held in the span of five days that ended on Feb. 21, an official announcement reveals.

The course focused specifically on “new psychoactive substances,” synthetic replacements of common drugs that are designed to mimic their effect. They are often considered more dangerous due to their unknown history and particularly shady production practices.

As part of the course, the participants learned how the darkweb worked and the role cryptocurrencies play in drug-related crimes on darkweb platforms. They were also taught techniques to identify websites with malicious content, as well as anonymity and encryption fundamentals.

The initiative was organized by the Strategic Police Matters Unit of the OSCE and the Central Asian Regional Information and Coordination Centre (CARICC). Rustam Aziz Miralizoda, Director of CARICC, noted the importance of drug-related threat for the region:

“The topic of this training course is very relevant for Central Asia. More and more new psychoactive substances appear on the illicit drugs market in the region. The misuse of the Darkweb and cryptocurrencies represent an emerging challenge for the law enforcement of the CARICC Member states and it should be addressed through enhanced regional co-operation and international support.”

Criminal use of cryptocurrency

Cases where criminals were caught using cryptocurrency are regularly in the news.

As Cointelegraph previously reported on Feb. 19, an Irish man accused of drug trafficking saw his Bitcoin (BTC) confiscated by the court.

In the United States, a man was indicted in January for dealing drugs in exchange for BTC. A similar case was reported with a U.S. Army interpreter in October.

Dark market use has resumed rising in 2019, representing now 0.08% of all cryptocurrency transactions. Though cryptocurrency may be abused, its properties can also be used to track down criminals. A U.S. child pornography ring was shut down in 2019 thanks in part to blockchain analysis.

How Ethereum Can Reach $2 Trillion In Market Cap, Matthew Sigel