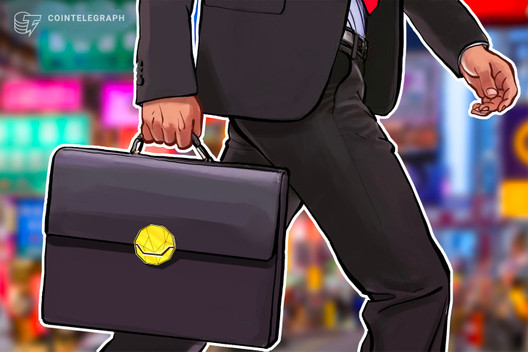 The Bitmain power struggle continues as Micree Ketuan Zhan, one of the co-founders of the crypto mining giant and its largest shareholder, has reportedly made an offer to purchase shares controlled by his fellow co-founder Jihan Wu and others for $4 billion.

According to a letter provided to Chinese media outlet Jinse on June 21, Zhan claims he currently owns 36% of the shares for Bitmain’s Cayman Islands parent company—which owns Bitmain Hong Kong—and controls Bitmain’s offices in Beijing. His current shares give him 59.6% of the voting power.

The letter states Zhan is willing to buy out Wu, as well as the shares from outside investors, the employee option pool, and three unnamed individuals for $4 billion USD.

The Bitmain co-founder was already its biggest shareholder when Wu allegedly forced him out of the company in October 2019 in an apparent grab for control, an action Zhan refers to in the letter as an “illegal power seizure”.

After Zhan was ousted, the mining giant went on the offensive, publicly stating he had no right to act as a Bitmain legal representative or issue notices and instructions to company employees. There were also reports of legal action against Zhan.

Zhan struck back in a few ways, launching two lawsuits against Bitmain’s various entities in an attempt to regain his position. In the letter, he accuses Wu of spreading rumors, sending a group to steal a physical copy of his business license, and hiding company assets.

Zhan also allegedly took over the company’s Beijing office in May with a team of guards—even though this office is supposedly still under the control of Bitmain’s Cayman Islands parent company, which Wu runs.

Zhan has asked Wu to return to the negotiating table and rely on the rule of law rather than resorting to fighting battles in the media.

In the midst of this power struggle, the company has had issues with the mining equipment it manufactures, including reported failures on the Antminter T17 miners. Though Bitmain’s new Antminer T19s launched on June 1, the same chips were used as the previous models.

There are unconfirmed rumors that this design was due to Wu suspending the chip supply to Bitmain’s factory in Shenzhen, which reportedly is under the control of Zhan’s relatives.”

Valuation of the company

The crypto mining manufacturer was worth nearly $12 billion in August 2019, before this fight for control impacted leadership, manufacturing, and media coverage of Bitmain.

Bitmain told Cointelegraph in May that things may be looking up for 2020. The company earned over $300 million from January to April and regained some market share, opening four mining facilities even in the midst of the global pandemic.

BTC Will Be The New Toilet Paper