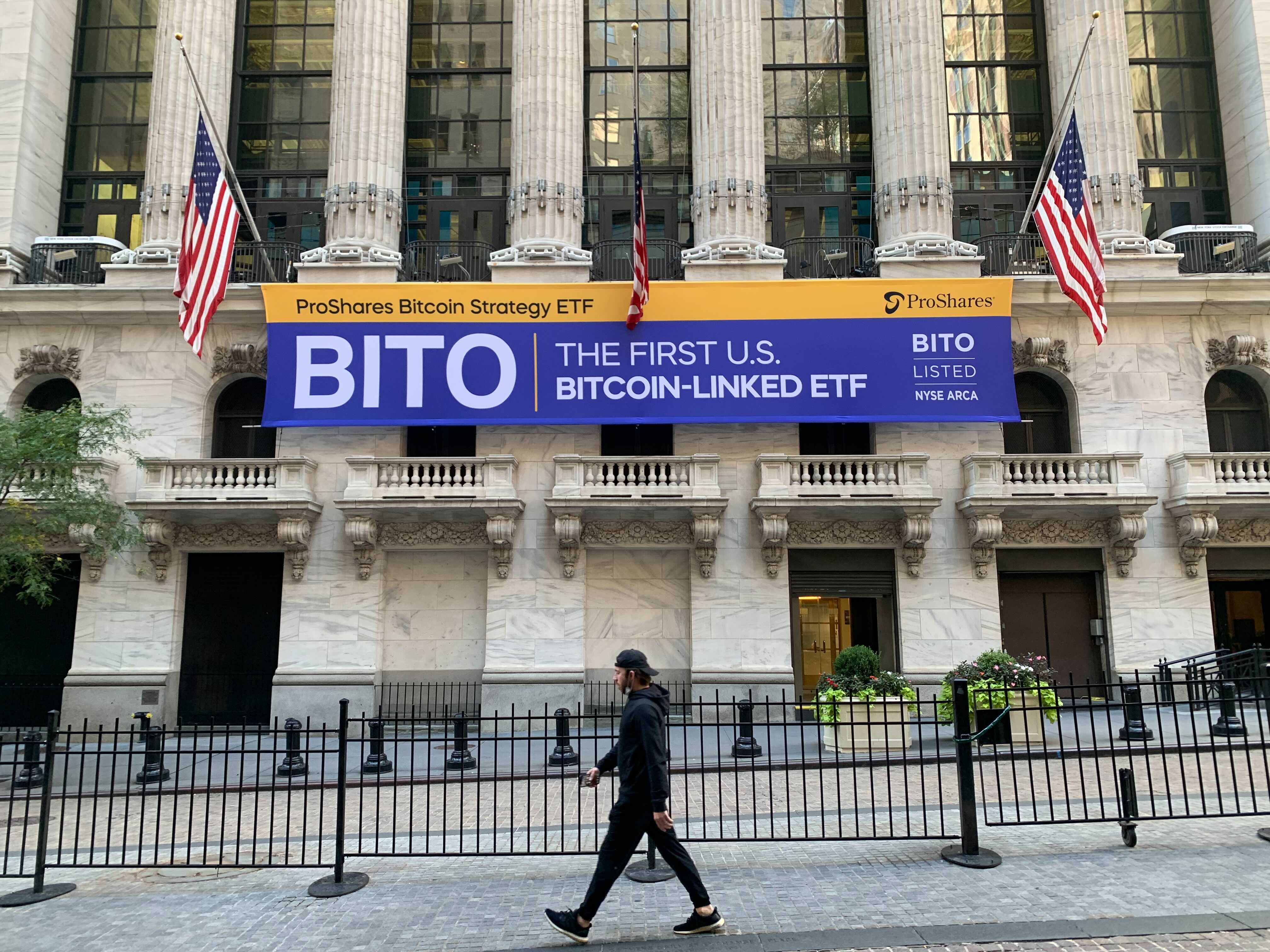 Shares of the ProShares Bitcoin Strategy exchange-traded fund, the first bitcoin-related ETF to trade in the U.S., were rising 3% in their debut on Tuesday on the New York Stock Exchange.

Newest Crypto - December 9, 2021
0
“The Howey test says that something is a security if it is ‘a contract, transaction, or scheme whereby a person invests his money...