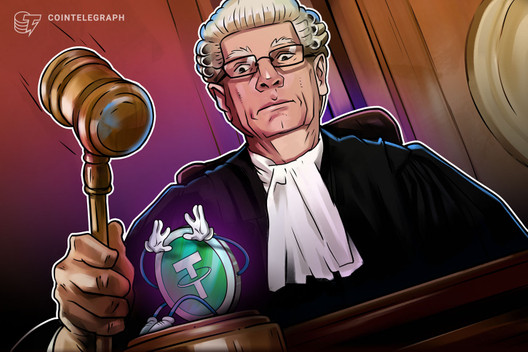 In the complaints, iFinex’s subsidiary, Bitfinex, and related stablecoin Tether (USDT) are charged with manipulating the Bitcoin market in 2017 — something the firm strenuously denied.

Combination of old and new

This isn’t shaping up as an ordinary civil action. As Failla observed in announcing her lead counsel decision on Feb. 27 via a telephone conference call, she claimed that the case combines old and new:

“The cryptocurrency law is quite novel [with] lots of issues and not a lot of resolution, but there is a lot of established law out there as well with respect to pleading requirements, with respect to traditional antitrust issues and RICO and the Commodities Exchange Act.”

The case has reached an inflection point where the plaintiff groups that had been competing among themselves for primacy must now coalesce and confront iFinex Inc. directly. It’s a good time to ask: What sort of challenges await the litigants?

Felix Shipkevich, an attorney specializing in cryptocurrency-related legal and regulatory matters at Shipkevich PLLC, told Cointelegraph: “I am pessimistic that they [i.e., plaintiffs] will be able to overcome the hurdle of proving market manipulation of a decentralized currency like Bitcoin.”

“Price manipulation claims under the Commodity Exchange Act (CEA) are difficult to prove,” according to a statement to Cointelegraph by Anne Termine, an attorney with Covington & Burling LLP and former chief trial attorney for the United States Commodity Futures Trading Commission’s (CFTC) enforcement division. She added: “Proving a price manipulation charge where Bitcoin is the underlying commodity just adds another layer of complexity.”

In proving market manipulation, there are typically four “prongs,” or factors, that have to be taken into account, said Shipkevich. Two of these may be problematic for the plaintiffs: Was there deceptive intent to manipulate the market? In other words, did people collude to move the price of a commodity up or down? Because of the decentralized nature of crypto exchanges and ledgers, this could be difficult to prove in the case of Bitcoin.

Is there price dominance?

Another factor is market dominance. A firm typically has to be able to dominate a market to manipulate it. If one buys up all the crypto in an initial coin offering, that’s a closed loop, and the path to dominating or monopolizing that market becomes a real possibility, said Shipkevich. But how do you prove price dominance with regard to BTC, which had a market capitalization of $166 billion on March 6? It might be difficult. Termine added to the notion:

What seems clear, however, is that Tether continues to play an outsized role in Bitcoin trading. In December 2019, BTC trading into USDT represented 76.2% of total BTC volume traded into fiat currencies or stablecoins, according to CryptoCompare’s Exchange Review December 2019. It’s been even higher in the past and suggests at least the possibility of leverage if not dominance. As Ohio State Professor John Griffin told Newsweek in November: “Crypto can be pushed around easily by big whales.” In a statement sent to Cointelegraph, Tether General Counsel Stuart Hoegner vehemently denied any wrongdoing:

“Tether and its affiliates have never used Tether tokens or issuances to manipulate the cryptocurrency market or token pricing. All Tether tokens are fully backed by reserves and are issued pursuant to market demand and not for the purpose of controlling the pricing of crypto assets.”

Problems with stablecoins in general

Sidharth Sogani, founder and CEO of Crebaco Global Inc., a crypto and blockchain credit rating and audit firm, told Cointelegraph that stablecoins, in general, are detrimental to both cryptocurrencies and fiat currencies because they “create manipulation and creation of artificial wealth, resulting in economic inflation.”

“There are more chances of frauds, MLMs [multi-level marketing schemes] and scams arising out of these countries due to the lack of regulations for digital assets.”

Since 2014, iFinex–Tether has been essentially self-regulated. In its intelligence reports, Crebaco uncovers serious flaws in USDT’s compliance, reserves and circulation throughout many exchanges and wallets, Sogani informed Cointelegraph.

In October, Shipkevich told Cointelegraph that he was not surprised that a class-action lawsuit had been brought forth against both Tether and Bitfinex, considering the legal pursuit these entities have been facing by the New York attorney general over the past year.

The New York State Attorney General’s office has been investigating the company for potential securities and commodities fraud after the company allegedly moved Tether reserves over to affiliate exchange Bifinex after it lost $850 million earmarked for user redemptions. In a Dec. 13 filing, lawyers for Bifinex and Tether said that the NYAG didn’t have the authority to investigate the companies because “Tethers are not securities or commodities.”

Why the Roche group?

The issues in the current case aren’t entirely clear, and this may have figured in Failla’s selection of Roche Cyrulnik Freedman as lead plaintiff counsel. According to the transcript of the telephone conference, the judge had four criteria in mind for picking a lead counsel: “The work that counsel has done, the experience of counsel, the knowledge of the applicable law, and the resources that have or will be committed.” Here, any of the three competing firms would have sufficed, she said.

Related: Top Cryptocurrencies Are Exponentially More Liquid Than Ever Before

The definition of the injured class differed among some of the firms, however. As reported by Cointelegraph, two of the vying legal groups — Roche Cyrulnik Freedman LLP and Kirby Mcinerney LLP — defined the class action of their respective injured parties in a broad sense, while a third, Robbins Geller Rudman & Dowd LLP, restricted its class definition to investors in Bitcoin and Bitcoin futures. According to Brian Cochrane of Robbins Geller:

“Roche defined it as anyone who owned crypto over the last six years. That’s overwrought — much too broad. Bitcoin and Bitcoin futures are closer to my definition of the class. Not all cryptos should be included. That would simply be taking money from real victims and giving it to others.”

Failla, however, decided against this more restricted definition of the injured class: “I can’t agree with a class as narrow as that initially defined by the Robbins Geller firm, and my concern here is they’re cutting off the line too soon into the matter.” Robbins Geller was thus eliminated. Next, Failla had to choose between Roche and Kirby.

This was close a call, she recounted, but after looking at the firms’ work products in other cases, the judge felt that the Roche firm would “best illuminate the issues, new and old, that I believed are going to be implicated by this litigation… So, I am granting their motion for appointment as interim lead plaintiff counsel.”

Is this likely to be a significant case for the crypto world? “Generally, yes,” answered Shipkevich, but not as significant as some other cases, like Telegram or others involving the Securities and Exchange Commission, CFTC or the states. “This case is in such an early stage that it is difficult to say if it will be a precedent case for market manipulation in the crypto world.”

According to Sogani, USDT remains the largest stablecoin by far and is listed on all the major exchanges and wallets. “Any [court] decision will impact the industry directly.” Furthermore, Termine told Cointelegraph:

“There are some courts that have found that Bitcoin is a commodity in interstate commerce, but it is by no means a settled issue. It does help that the agency responsible for enforcing the CEA, the CFTC, has publicly taken the position that Bitcoin is a commodity. How a jury will see the issue is not a certainty. As such, any decision by the court on each of these issues will be closely watched by the industry.”

The case is complex, Termine added, and the charges here go beyond price manipulation — they also include fraudulent manipulation. Then, what has to be alleged and proven in private lawsuits, like this one, is often different from what is required when a government agency like the CFTC brings an action.

Related: Tether Stablecoin: Can the Crypto Market Live Without It?

Shipkevich wouldn’t venture to say whether a settlement — as opposed to a court decision — in this case, is likely. “But if I were Tether, I’d be litigating until I ran out of money. To settle would be to declare open hunting season,” he told Cointelegraph. The firm could expect to be besieged by lawsuits.

One can expect that the defense, led by Walden Macht & Haran LLP, will now file a motion to dismiss the case. This process, which would culminate in an oral argument before Failla, might take six months.

If the defense prevails, iFinex–Tether wins the case. If the plaintiff group survives the motion, however, things could really heat up. Plaintiffs take depositions, they gain access to trading data, and all sorts of scenarios could emerge. When Cointelegraph asked iFinex Inc. to comment for this story, a company spokesperson replied:

“We have no further comment at this time beyond our most recent statement and look forward to putting the facts before the court, and addressing the baseless allegations in the judicial forum.”

Bringing a pickaxe to a gunfight

The SEC and CFTC both agree that Bitcoin is a commodity and should be regulated as such — and there is established law to determine if and when the price of a commodity has been manipulated.

However, Bitcoin isn’t a material commodity like oil or silver, and as recently as October, CFTC Chairman Heath Tarbert speculated that a cryptocurrency could move from being a security to a commodity and “change back and forth.” Cryptocurrency law, too, is still “novel,” as Failla observed — i.e., it is a work in progress. It comes as no surprise, then, that proving price manipulation — in regard to something as elusive as BTC — might be a challenging task for the aggrieved parties in this case.

No-Deal Brexit Will Reposition Bitcoin in the Global Economy: Analyst