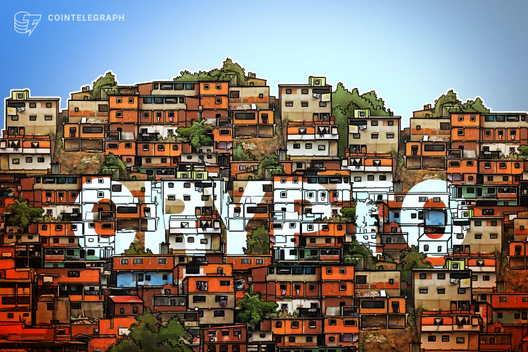 Pundi X announced the expansion in an official blog post on Aug. 20. The device, called XPOS, will reportedly allow Traki’s customers to pay with top cryptocurrencies Bitcoin (BTC) and Ether (ETH), as well as a number of other cryptocurrencies and Pundi X’s native tokens.

Traki’s progressive use of crypto

With 49 outlets in total, Traki is one of Venezuela’s largest department store chains, per the report. Co-founder and CEO of Pundi X Zac Cheah remarked:

“Traki has been one of the early adopters of cryptocurrencies in Venezuela, which highlights its commitment to improve the traditional financial system […] We hope the XPOS further expands the crypto use cases that customers have come to expect from Traki.”

Michael Gomez, chief of the crypto assets department of Traki, also remarked that the company was committed to making crypto an accessible mode of payment in its stores. He commented:

“At Traki, we aspire to offer the most convenient options for our customers, and cryptocurrency has proven to be an effective payment solution […] This partnership with Pundi X solidifies our commitment to make cryptocurrency as easy to use as fiat currency in our stores.”

As previously reported by Cointelegraph, Pundi X expanded into Panama just five days ago via a partnership with blockchain development company Chainzilla. Chainzilla will reportedly distribute the XPOS payment processors and provide services that allow merchants to convert from cryptocurrency to fiat money or stablecoins.

“The fintech sector is fragmented in Latin America. Each country acts as an island that has its own regulations, which are often different from those of its neighboring countries. This creates difficulties in developing international services. These challenges are difficult and they will take time to resolve but it all starts with education. That’s why we’re focusing on educating the people, companies, and government entities we interact with.”

BitMEX to Mandate ID Verification for All Traders as Maverick Exchange...