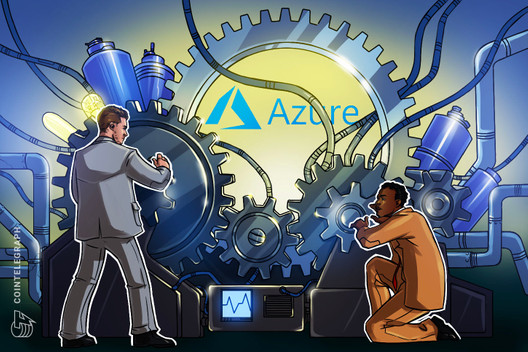 Microsoft has acknowledged that the quarantined gamers are putting a strain on its Azure cloud platform which is a backbone of the company’s Blockchain As a Service (BaaS) offering.

In the SEC filing, Microsoft addresses the impact of “the global health pandemic” on its Azure cloud services. The company admits that in certain regions “deployments for some compute resource types (…) drop below our typical 99.99 percent success rates”. Furthermore, Microsoft confirms that “Xbox Live [is] putting a strain on overall Azure capacity”:

“As a result of the surge in use over the last week, we have experienced significant demand in some regions (Europe North, Europe West, UK South, France Central, Asia East, India South, Brazil South) and are observing deployments for some compute resource types in these regions drop below our typical 99.99 percent success rates.”

However, the company has not been forced to change its prioritization criteria, still giving precedence to emergency services.

A Microsoft spokesperson stated to Cointelegraph that the company has “nothing to share beyond the Microsoft Azure blog”.

Azure users can deploy a blockchain network, including Bitcoin (BTC), in the cloud without having to invest in their own hardware infrastructure. Among its clients are GE Aviation, J.P. Morgan, and its own Xbox.

Meanwhile the demand for the Bitcoin network is at the lowest point since “crypto winter”.