Bitcoin price cycles can be influenced by a number of factors, FOMO and public sentiment is one, and mining profitability and difficulty is another. Two separate Bitcoin data researchers have offered their insights as to why the current BTC market cycle still has a long way to go.

One measure of the ebbs and flows of Bitcoin markets is how miners interact with the network. Mining profitability and difficulty are intertwined so when it no longer becomes profitable to mine new blocks, the hardware is shut down until such a time that the difficulty drops to a point where it becomes profitable again.

Crypto researcher ‘PlanB’ has charted the past three major market cycles noting these exact points where miners have capitulated and difficulty has bottomed out. These correlate with Bitcoin price peaks and troughs over the past decade.

Looking at the current situation reveals that we are only just beginning the next market cycle in terms of Bitcoin price and the price at the difficulty bottom which was at the beginning of this year. The gradient of the patterns should also be noted indicating that, using this model, it will take much longer to reach the next peak than it did in previous cycles.

Another measure of market cycle peaks is adjusted binary BTC days destroyed which determines demand by multiplying the quantity of BTC by the days since the coins were moved. This metric was created by Ikigai Senior Quantitative Researcher, Hans Hauge.

Hauge recently tweeted that we are not near the top until this measurement starts to accumulate.

“Bitcoin bubble tops are clearly identified with a dark red cluster of Adjusted Binary BDD. Until that happens, we’re not at the top. Public opinion is key here because that red cluster is caused by the assumption of the crowd and is self-fulfilling (reflexivity).”

There has been no public hysteria so far in 2019 and, unlike 2017, it has been a case of slow accumulation. Traders and hodlers have been buying the dips which explains the market chop and range bound price action. 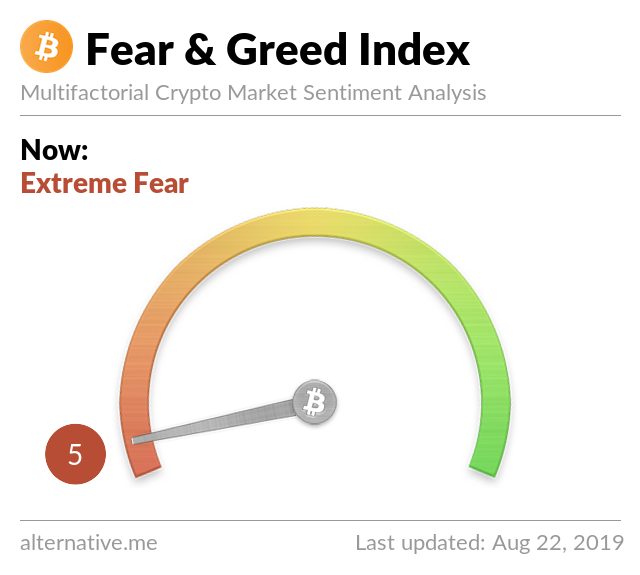 Hauge added that the fear and greed index, which is currently at rock bottom on 5, is also a good time to enter the markets for longer term gains. Although billionaire Warren Buffet is a bitcoin antagonist, his famous quote: ‘Be fearful when others are greedy and greedy when others are fearful’, appears to be quite apt for this situation.

Crypto CEO Questions Telegram Over Lack of Development Since ICO