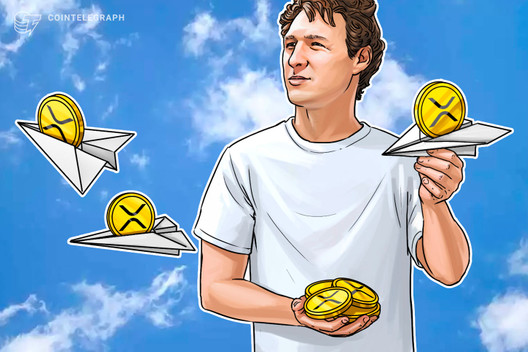 According to a May 2 report by TheCryptoAssociate based on data from McCaleb’s known addresses, the Ripple co-founder appears to be liquidating his supply of tokens on a regular basis. Data shows that the wallet address supposedly used by McCaleb to sell XRP received an average of 1.8 million tokens daily in April, totaling 54,215,405 XRP — $11.7 million at the time of press.

Billions of XRP left to sell

McCaleb is a key figure in cryptocurrency’s history, having created the Mt. Gox exchange and co-founded Stellar. He also co-founded OpenCoin in 2012, which later became Ripple, and was allocated 9.5 billion XRP when the 100 billion supply was pre-mined.

This large supply of coins has led to controversy surrounding McCaleb when he announced his intention to sell his portion of XRP, a declaration that caused the token price to fall 40% within 24 hours. He then negotiated a seven-year agreement with Ripple that limited his monthly and annual sales of XRP.

As Cointelegraph has reported, the Stellar CTO still has billions of XRP tokens available in his wallets — nearly 4.7 billion as of February 2020. In response to concerns as to how his behavior might influence the XRP price, McCaleb told Cointelegraph that he has been selling his XRP “at a slow, steady rate” and has no desire to “negatively impact other companies in this industry.”