Ripple rallied around 5% and it broke the key $0.1920 resistance against the US Dollar. XRP price is now testing the $0.2000 resistance, which holds the key for a larger upward move.

This past week, ripple formed a strong support above the $0.1720 level against the US Dollar. XRP started a solid upward move from the $0.1687 swing low and broke many hurdles near $0.1820.

The price ran into a major resistance zone at $0.2000. There is also a crucial declining channel forming with resistance near $0.2000 on the daily chart of the XRP/USD pair. 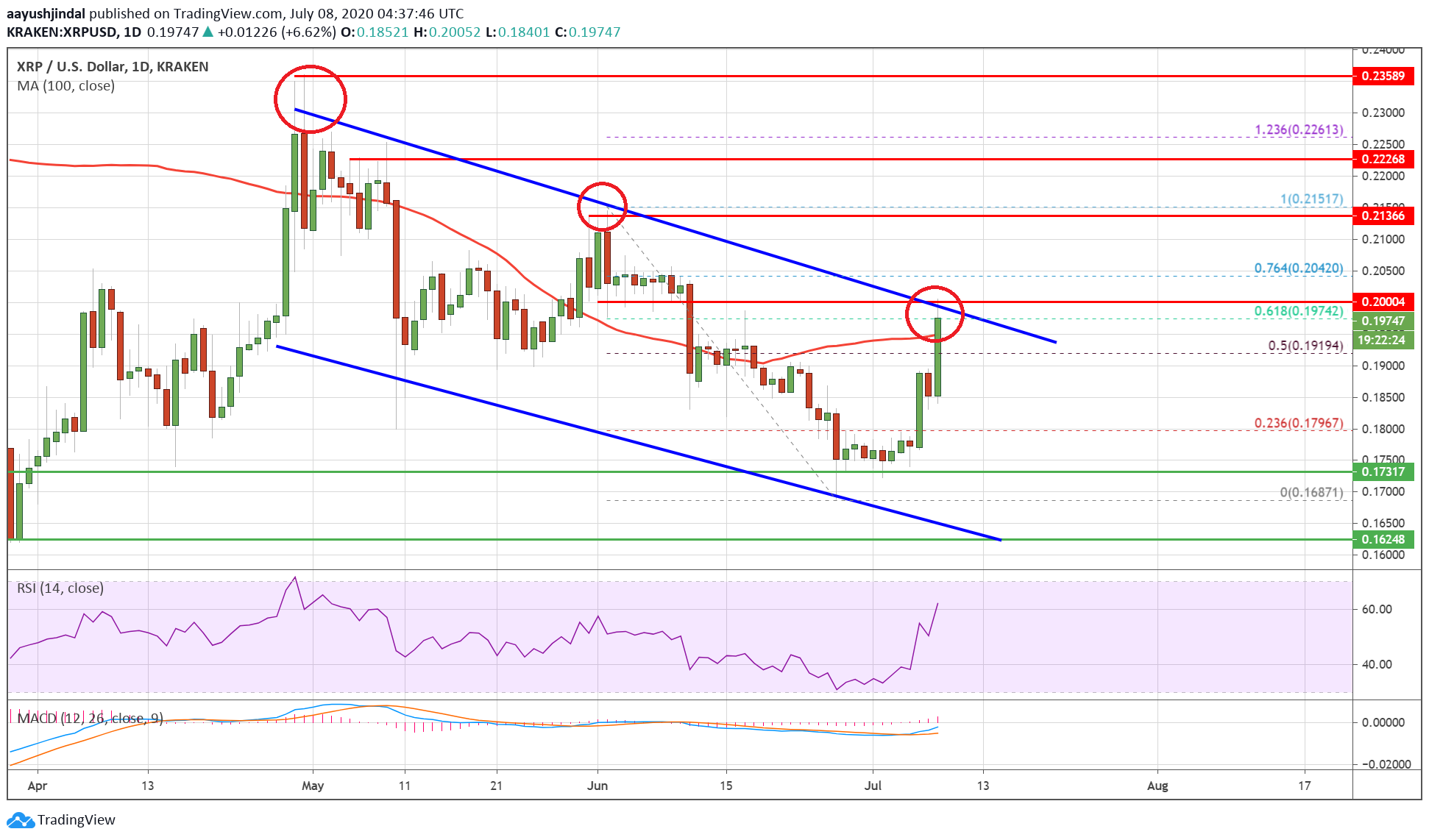 If there is no upside break above the $0.2000 resistance zone, there is a risk of a bearish reaction. An initial support is near the $0.1900 level.

If ripple fails to stay above the $0.1900 level, the price is likely to resume its decline. In the mentioned case, it could revisit the $0.1820 level in the near term.

Daily MACD – The MACD for XRP/USD is gaining momentum in the bullish zone.

Daily RSI (Relative Strength Index) – The RSI for XRP/USD is currently well above the 55 level.