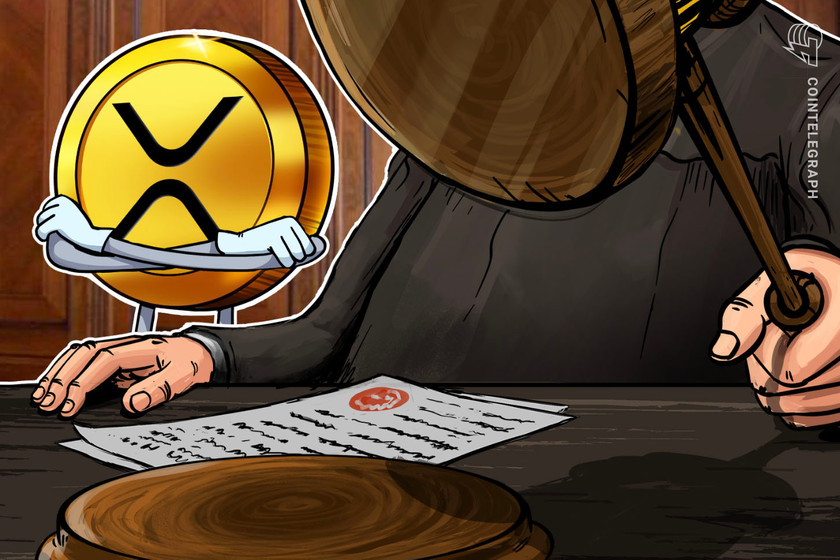 The U.S. Securities and Exchange Commission has taken legal action against Ripple as well as its CEO Brad Garlinghouse and co-founder Christian Larsen.

In charges filed today in federal district court in Manhattan, the commission is alleging that the XRP token is classified as a security, and accusing Ripple and the two execs of raising more than $1.3 billion through an “unregistered, ongoing digital asset securities offering” to investors beginning in 2013. The SEC further alleged that Ripple distributed XRP for “labor and market-making services,” and that Garlinghouse and Larsen failed to register their personal XRP sales, estimated at $600 million.

“[These actions] deprived potential purchasers of adequate disclosures about XRP and Ripple’s business and other important long-standing protections that are fundamental to our robust public market system,” said Stephanie Avakian, Director of the SEC’s Enforcement Division.

Under SEC regulations, individuals and crypto firms must register their offerings with the commission or under an exemption if they qualify as securities. Which tokens qualify as securities, however, remains an extremely contentious subject. The crypto industry has been waiting for clarity from the SEC or new legislation on the subject for a long time.

Meanwhile, the SEC says that Garlinghouse and Larsen failed to register XRP when it served as an investment in Ripple and to enrich the pair personally. The firm and its two leaders could face disgorgement of their gains as well as civil penalties.

News of the coming SEC lawsuit broke yesterday, causing a steep drop in the price of XRP — at the time of publication, the token is valued at $0.45, having fallen more than 20% in the last week. Garlinghouse addressed the charges on Twitter, saying that the SEC “voted to attack crypto.”

“The SEC is doing the opposite of ‘fostering innovation’ here in the US,” said Garlinghouse, referencing the commission’s FinHub announcing it would become a stand-alone office earlier this month. “It’s not just XRP they’re attacking here.”

Ripple board member and SBI Holdings CEO Yoshitaka Kitao said he was “optimistic that Ripple will prevail in the final ruling.” Kitao stated he believed Japan’s financial watchdog “has already made it clear that XRP is not a security,” and expected a similar result from U.S. regulators.

David Schwartz, CTO of Ripple , was seemingly less hopeful than Kitao when responding to the charges on Twitter:

“The United States is one of the few countries where regulators will, after years of you operating in full light of day and frequently updating them on everything you’re doing, turn around and tell you that you should have known you were breaking decades old laws all along. Apropos of nothing, of course.

Garlinghouse announced the SEC’s impending action last night. In November, he said that because the majority of RippleNet customers are based outside of the United States, a securities designation wouldn’t necessarily adversely affect the company’s underlying business. Earlier this year, Larsen said Ripple is considering relocating outside the U.S. amid growing frustration at the lack of regulatory clarity.