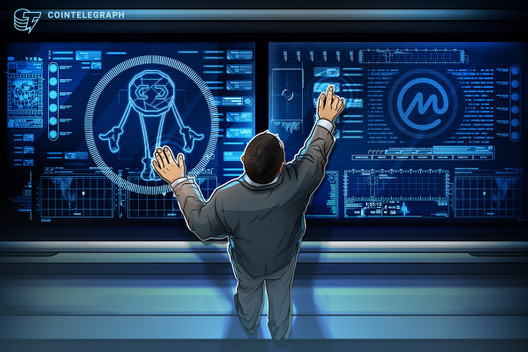 Following Binance’s acquisition of CoinMarketCap, we have some great news for Changpeng Zhao: the silver medal is still worth winning.

To celebrate the seventh anniversary of the platform’s launch, CoinMarketCap invited crypto industry participants to ‘roast them’ today. And we’re happy to oblige.

@Cointelegraph: Since your writers never create any original content, wanna try your hand at being creative for once and roast us? #RoastCMC

We reviewed the numbers with Jonathan Chu, VP of Product at Blockfolio, to find out if CZ really bought the ‘top of the funnel’ — and at least one of the answers isn’t in CoinMarketCap’s favor.

Chu shared internal documents with Cointelegraph that showed the number of page impressions on the Blockfolio app in the month of February. Although we were asked to keep absolute numbers out of this article, we were able to verify that while Blockfolio trails CMC in terms of unique users, it significantly outstrips the data company when it comes to impressions across both web and mobile app — often the first number that marketers and advertisers want to see.

We first compared the install base of both apps. Blockfolio’s installation numbers are almost two orders of magnitude higher than CoinMarketCap’s app, according to data from mobile app analytics company AppAnnie.

We then extrapolated impressions using Amplitude, and credited each app with the same number of impressions per installation. Winner — by over a hundred million impressions? Blockfolio.

We have reached out to CoinMarketCap for specific analytics on their mobile app, but did not receive an immediate response.

From there, we went to SimilarWeb, an industry-standard tool for comparing traffic. On the web CoinMarketCap’s presence dwarfs Blockfolio, with a total viewership of 95,692,200 pages… compared to just 217,400 for the portfolio tracking app.

However, even when we added CoinMarketCap’s massive web advantage to the equation, we were still able to conclude that Blockfolio comes out millions of impressions ahead in total.

Ouch, that has to sting

When Binance acquired CoinMarketCap for an undisclosed sum, CZ was quoted as saying “they have the users” and industry insiders suggested that the exchange had bought “the top of the funnel”, a marketing term for capturing users and diverting them into revenue-generating products.

But the numbers reviewed by Cointelegraph suggest Binance may still have some way to go before it catches up to the competition — at least, on pure ad impressions.

As Ed Moncada, CEO of Blockfolio, put it:

“Given how much people refresh our app, I guess it’s not just the size of the boat; it’s the motion of the ocean that counts.”