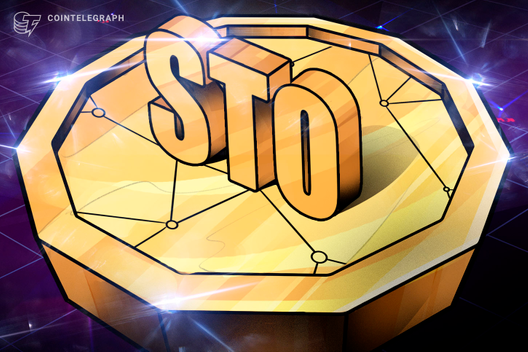 Security token offerings are beginning to provide stiff competition to IPOs. Could they become the norm?

For businesses about to embark on periods of rapid growth, access to capital is essential. That said, traditional methods of fundraising sometimes leave a lot to be desired. Initial public offerings can help boost the profile of fledgling brands, but they are often costly — with middlemen taking a sizeable cut out of the money generated.

Cryptocurrencies and blockchain have upended the status quo, removing intermediaries from a plethora of businesses that we all use every day. Their impact is also being felt in the private equity sector — with entrepreneurs getting an opportunity to connect with consumers directly in order to raise the funds they need to prosper, grow and deliver.

Security token offerings — otherwise known as STOs for short — are beginning to provide some stiff competition to IPOs. Here, investors are given tokens in exchange for their contribution to a fundraising drive. These tokens are backed by real-world assets such as stocks, bonds or real estate — and they are regulated. Investors have legally binding rights, which can entitle them to ownership, voting entitlements or dividends.

There are already compelling examples of security token offerings being put to good use. As reported by Cointelegraph, a real estate investment firm called AssetBlock has partnered with a luxury hotel asset manager to tokenize $60 million of exclusive hotels — giving investors access to properties unavailable to the public. Meanwhile, an STO is in the works for a luxury residential development in the British city of Manchester — with at least $25 million in assets being tokenized on the Tezos blockchain. This is part of a wider plan to tokenize $640 million of real estate across the United Kingdom in the coming years.

STOs began to gain prominence as another model for fundraising crypto projects, initial coin offerings, began to fall away. ICOs had sustained criticism because of how they circumvented particular legal frameworks, and often failed to comply with regulations that are designed to protect consumers and businesses alike.

Launching an STO is a much more involved process for startups, but that said, it’s worth doing things properly. It is crucial that these investment contracts don’t fall afoul of securities law, and as a result, they may only be able to receive funds from investors who have successfully completed an accreditation process. When done right, it is possible to ensure that tokens are fully compliant with United States laws that date back all the way to the 1930s.

Although there are some parallels between IPOs and STOs, there are a few distinctions worth bearing in mind. IPOs relate to privately held companies that are seeking to become publicly owned — making a debut on the stock market. STOs are different because they involve shares in real-world assets being distributed on the blockchain. Sure, this will commonly be used to represent a stake in a company, but there are other exciting applications for tokenization that are worth exploring. Investors in this space could end up becoming the proud co-owner of a piece of artwork expected to appreciate in value in the future or of a prime piece of real estate.

A threat to IPOs?

Some analysts believe security tokens represent the future — a financial product that one day could supersede the old-fashioned way of doing things entirely. As well as enhancing the liquidity of assets — making them easier to buy and sell — proponents say there is an opportunity to deliver greater transparency and oversight to businesses, investors and regulators alike.

None of this is to say that a transition to a blockchain-based financial world will be easy. One of the biggest hurdles to mainstream adoption is a lack of understanding about what STOs are and what they can achieve. The baggage associated with ICOs is another challenge.

However, the battle is worth it. STOs make it easier for investors to monitor the performance of their portfolios and engage in thorough recordkeeping. Accountability lies in how many STOs are being ranked based on their viability — and such scrutiny can occasionally be difficult to find in the traditional finance hubs of London, Tokyo and New York. There’s also an irresistible opportunity to create new types of financial instruments.

Who is tokenizing assets through STOs?

Companies are now trying to educate businesses and investors about what STOs have to offer. One of them is CPI Technologies, which says it has a team dedicated to ensuring that projects are brought to market successfully. The blockchain growth promoter and business facilitator says its goal is to help businesses sell more of their products and services — all while reducing fees by 70% when compared with IPOs.

According to CPI Technologies, the STO landscape is constantly evolving — and this is why its specialists are devoted to providing up-to-date advice concerning the best opportunities as they emerge. This is coupled with in-depth market research so companies can develop a thorough understanding of the hopes, fears, pains and dreams of their target audience. Last but by no means least, a squad of engineers is tasked with making newly created platforms work well. Funding a new venture can be a stressful experience that is fraught with legal questions, and that’s why legal support is provided every step of the way.

Overall, the company believes it offers a viable alternative for young companies that don’t wish to rely on venture capital — and those who want to bring their products and businesses to scale in a speedy and inexpensive fashion.

CPI’s digital asset platform enables founders to kickstart their projects by collecting funds from around the world, without the hassle of traditional fundraising.

The platform allows startups to turn almost anything into a digital asset — from tangible products and private or company assets to intangible assets such as technology, innovation, entertainment and even gastronomy.

Contributors gain incremental voting rights regarding business decisions, as well as distributed dividends based on the number of tokens they purchase. The more tokens, the bigger their share in the project’s success.

CPI Technologies was founded by Marvin Steinberg and Maximilian Schmidt — and according to the company’s website, their efforts to help aspiring blockchain startups reach their goals unlocked funding worth $300 million in 2016 and 2017 alone.

Disclaimer. Cointelegraph does not endorse any content or product on this page. While we aim at providing you all important information that we could obtain, readers should do their own research before taking any actions related to the company and carry full responsibility for their decisions, nor this article can be considered as an investment advice.