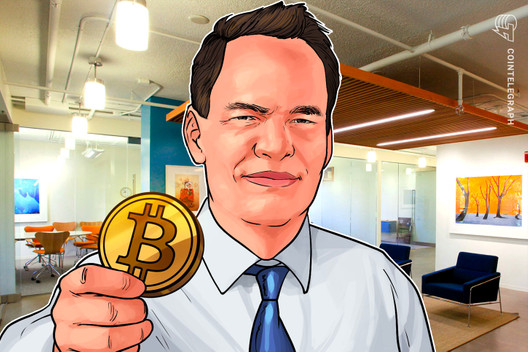 Bitcoin (BTC) will be the only exit from the “global reset” of finance which will allow central banks to even destroy the banking system itself.

That was just one conclusion from Simon Dixon, CEO of cryptocurrency funding platform BnkToTheFuture, in the latest episode of financial news program the Keiser Report on April 7.

Discussing the global coronavirus epidemic and its impact on global finance, Dixon warned that the health aspect of the crisis was by no means its worst.

“I don’t want to be dramatic, but this is a global reset in the financial system,” he told host Max Keiser.

Coming after, he said, was a massive “scrambling” for power by governments and central banks. Taxpayers and those forced to rely on fiat money will pay the price.

“I think we’re going to see a real attack from central banks on traditional banks as we inevitably experience the ginormous consequences of essentially the world’s largest regulated Ponzi scheme.”

After coronavirus: “A horrible, worse version of fiat currency”

The theory argues that central lending institutions will allow banks to die and instead allow citizens to open digital currency accounts directly with them.

As a result, control of money, and hence people who are forced to use it, will become so easy that the world will enter what Keiser describes as “neo-feudalism.”

The birth of this dire state of affairs will be helped by coronavirus — banning cash because of concerns over infection is one such example.

“You’re going to end up with a very, very horrible, worse version of fiat currency to the one we have now, created by banks as debt,” Dixon continued.

As Cointelegraph reported, Keiser as well is no stranger to warning consumers about the unavoidable collapse of fiat hegemony.

“I have a moral responsibility to keep my 2011 #BTC HODL’ed,” he tweeted over the weekend.

“To legitimize any fiat debt-coupons in any way now… When we are on the edge of victory, would be a crime against humanity.”

Last week, Keiser likened gold to “toilet paper for the rich” as the industry underwent a severe liquidity squeeze. Bitcoin, he and many others contend, is the “hardest” money that has ever existed.

Cointelegraph has additionally touched on the characteristics which serve to make Bitcoin a much safer long-term investment than gold.