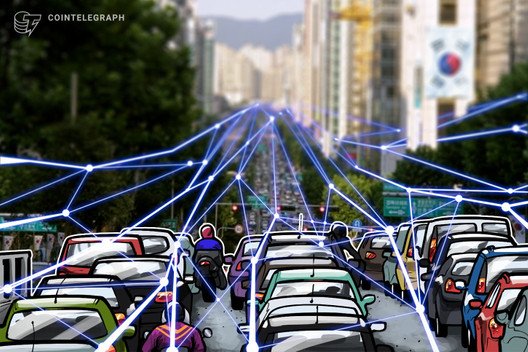 The government of South Korea’s planned city Sejong — which is the country’s testing ground for major smart city solutions — announced Friday that it will be establishing a blockchain-based platform for storing and verifying the digital identities of self-driving vehicles.

An Asian news outlet, Aju Business Daily, reported that South Korea’s Ministry of Science and ICT along with the country’s internet technology watchdog, Korea Internet & Security Agency, will be leading the development of the identity management and verification platform.

According to a Sejong city official, the blockchain-based technology platform will “greatly increase the credibility of data by strengthening the security of information shared by cars and their control tower.”

Though autonomous vehicles are still far from mainstream, Sejong has already begun to prepare to fight crimes related to these advancements.

The technology wing of LG Group, LG CNS, and a Korean autonomous shuttle maker, will be working in collaboration with Sejong city government to develop a blockchain-based encrypted identifier dubbed decentralized identifier, or DID. This could help prevent the illegal cloning of identities or hacking of self-driving vehicles.

The report explains that the identity verification system will deploy multiple layers of encryption to the data shared between cars and on-road facilities using “vehicle-to-everything”, or V2X, communication.

The South Korean government has shown immense interest in blockchain technology and its implementation across major industries. In April, the government said that blockchain was a “golden opportunity” and called for private sector companies to utilize its potential for technological innovation.

Although the government had earlier been uncertain regarding cryptocurrencies, it has shown consistent efforts to legitimize cryptos and come up with favourable regulations. Cointelegraph also reported that the Bank of Korea had launched a pilot program to assess the logistics of issuing a central bank digital currency, or CBDC.

Bitcoin Has Lost Its Way: Here’s How to Return to Crypto’s...