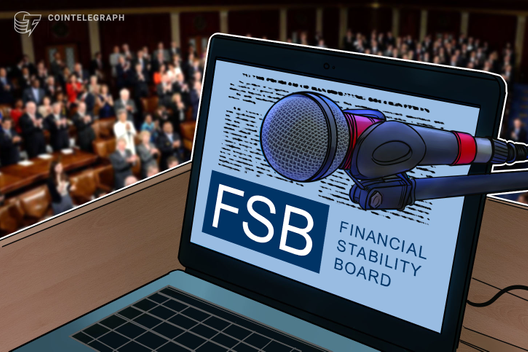 Randall Quarles, chair of the Financial Stability Board (FSB), has claimed that the potential scale of stablecoins such as Facebook’s Libra could present future “regulatory challenges.”

Quarles voiced his opinion during a presentation at the European Banking Summit in Belgium on Oct. 3.

Quarles specifically highlighted yet unreleased Libra stablecoin as the catalyst that has significantly increased public interest in the subject. This could potentially bring a new scale and scope to the space, which the financial regulatory community must carefully consider. Quarles stated:

“Although there is a small risk to financial stability today, there is no doubt the potential scale of stablecoins and other crypto-assets yet to emerge may pose regulatory challenges.”

The G7 is currently finishing a preliminary investigation into stablecoins, and the G20 has asked the FSB to lead this initiative going forward.

The FSB, like Bitcoin, was created in the wake of the 2008 global financial crash, aiming to implement standards that could ensure that such an event could never happen again.

Now 10 years old, the board believes that the reforms it has introduced have led to a stronger, more resilient global financial system, which will reduce the likelihood and severity of potential future crises.

US treasury secretary floats idea of digital dollar maintained by the...