It was a c-c-c-cold week in Davos, but Cointelegraph’s reporters wrapped up warm to bring you all the news from the World Economic Forum. One particularly big announcement saw the WEF unveil a central bank digital currency policymaker toolkit. The framework, created in tandem with central banks, is designed to help policymakers understand whether deploying a CBDC would be advantageous. In other developments, a global consortium has been formed to focus on developing interoperable, transparent and inclusive policy approaches to regulating digital currencies. At the start of the week, the European Union and five major central banks — the United Kingdom, Japan, Canada, Sweden and Switzerland — announced they were planning to team up on their research for CBDCs.

Elsewhere in the snowy hills of Davos, global economists begrudgingly admitted that Libra had played an instrumental role in getting the world to evaluate CBDCs — and to challenge the U.S. dollar’s role as an anchor currency. On a panel exploring the issue, Brazil’s Economy Minister Paulo Guedes said new technologies like blockchain are paving the way for future currencies to be digital. Others, such as the International Monetary Fund’s chief economist, Gita Gopinath, cautioned that the dollar still remains attractive because it “provides the best stability and safety.” David Marcus, the head of Facebook’s Calibra wallet, was speaking at another WEF panel. He questioned whether “wholesale” CBDCs would solve any problems in the global economy, and argued that a retail-focused approach is the best way to tackle an “unacceptable” situation where 1.7 billion people are unbanked and another 1 billion underserved. Whether Libra will be that solution remains to be seen.

And we’ve just got time for one final morsel of gossip from Davos. Ripple CEO Brad Garlinghouse has predicted that initial public offerings will become more prevalent in the cryptocurrency and blockchain space in 2020 — and he hinted his company would be among those seeking a public flotation. “We’re not going to be the first and we’re not going to be the last, but I expect us to be on the leading side,” he said. Such a move could be instrumental in building confidence with mainstream investors and secure a pivot away from controversial initial coin offerings, which have seen young startups suffer often expensive run-ins with regulators such as the U.S. Securities and Exchange Commission. 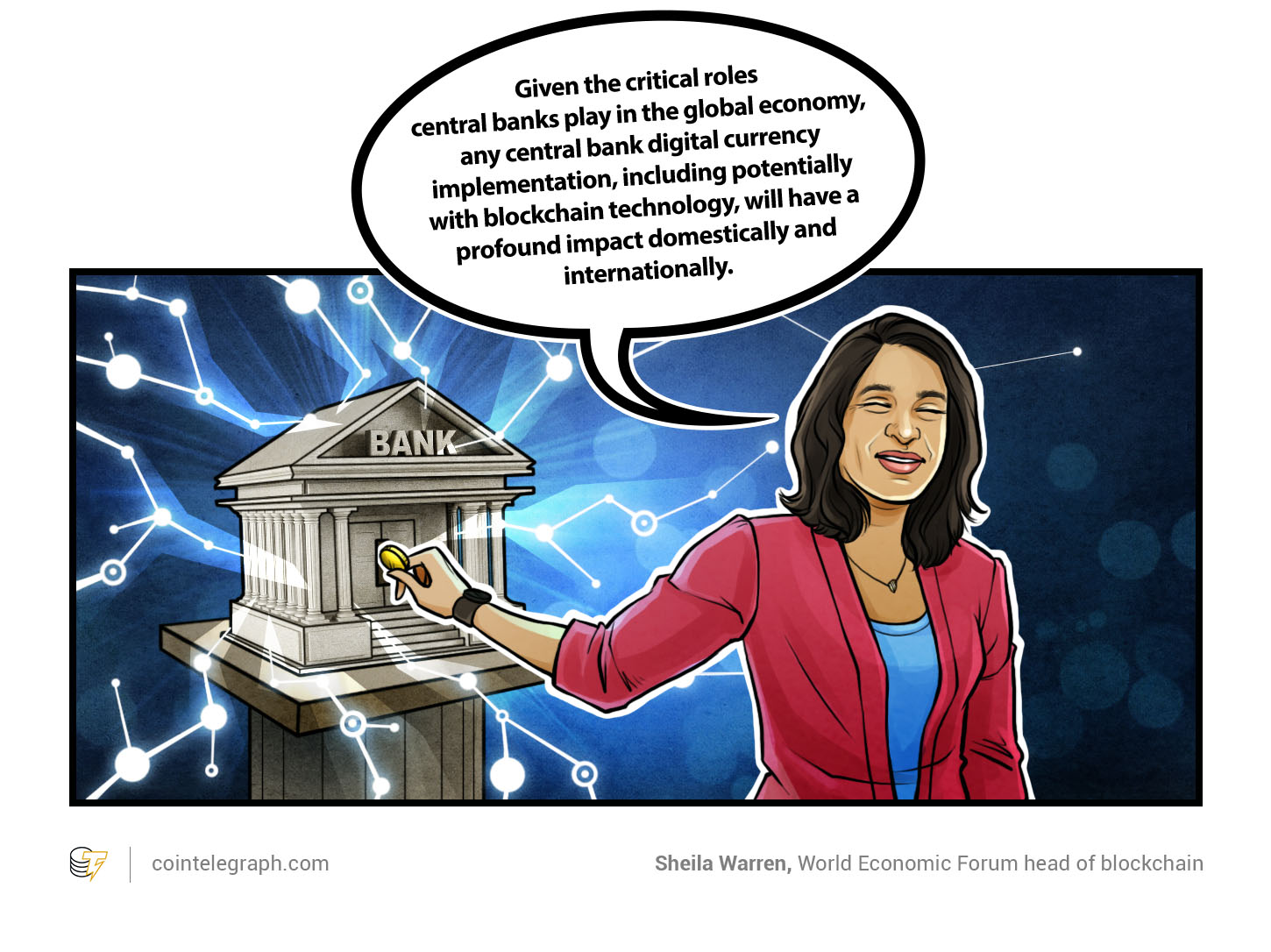 Of course, plenty of news has been happening away from Davos. Tether has announced it is now supporting a gold-backed stablecoin, where one token represents ownership of a troy ounce of physical gold. The funds are said to be backed by physical gold held in a “Switzerland vault” — and the product is available as an ERC-20 token on the Ethereum blockchain, as well as a TRC-20 token on Tron. Plans for commodity-backed Tethers have been in place for some time, but the company has often been criticized for its opaque approach to reserve management. A high-profile class-action lawsuit recently accused the company of market manipulation in 2017. Tether reserves were also allegedly used to cover a liquidity shortfall.

Elon Musk reveals his true opinion on Bitcoin and crypto

Tesla’s CEO may be constantly cryptic on his attitudes toward crypto, but this week, we got a little insight into Elon Musk’s thinking. On a podcast, the billionaire said he’s “neither here nor there on Bitcoin,” acknowledged Satoshi’s white paper was “pretty clever,” and warned his stance on cryptocurrencies often “gets the crypto people angry.” Musk added: “You must have a legal to illegal bridge. So, where I see crypto is effectively as a replacement for cash. I do not see crypto being the primary database [for transactions].” Musk has been known to write short tweets about crypto that were widely interpreted as jokes. Last year, he unexpectedly declared himself as the new CEO of Dogecoin — a gesture that helped the joke coin clock short-lived gains of 35%. 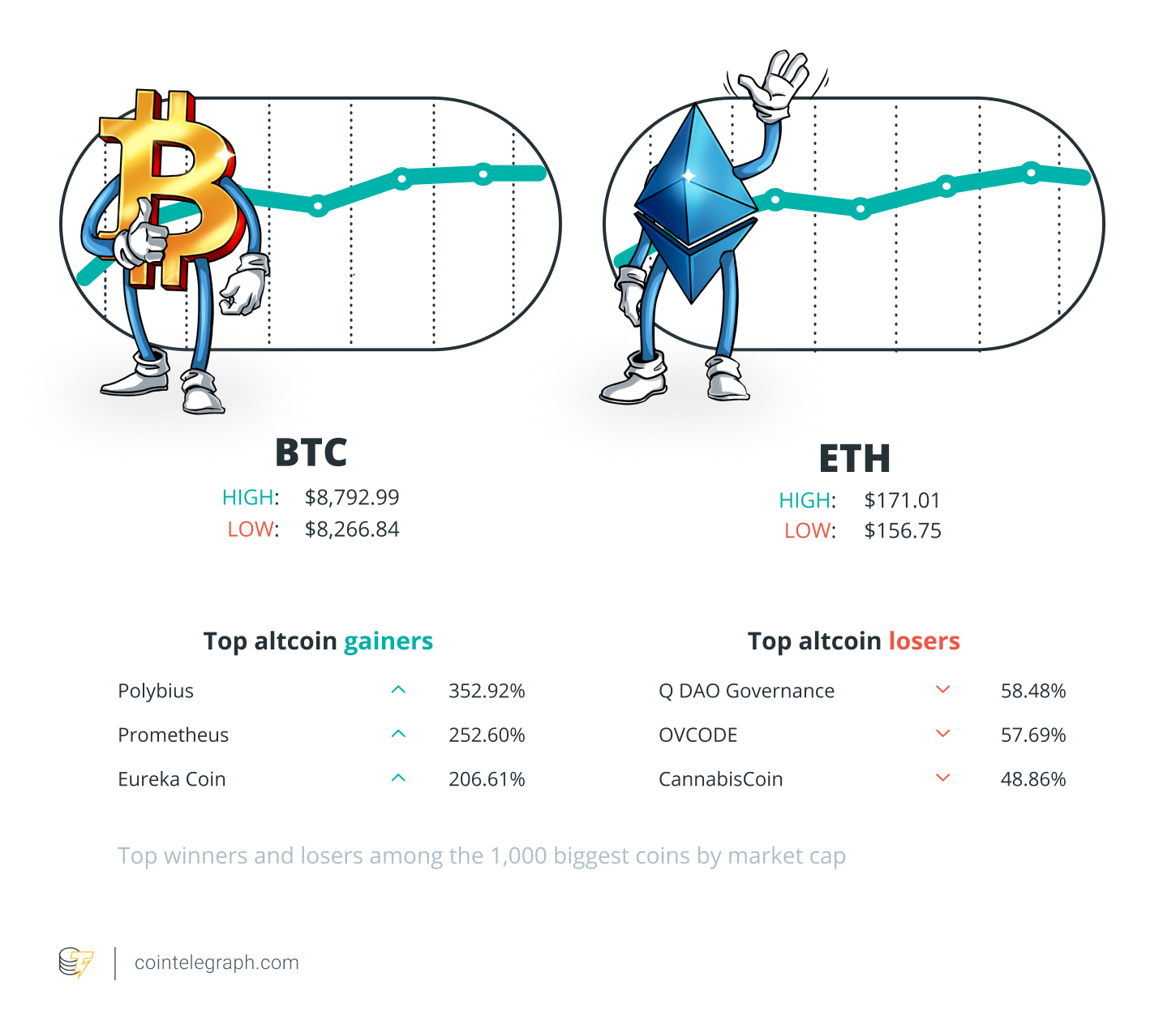 “So then there is the new technology, the digital, the blockchain. […] The Libra episode is just evoking a future digital currency.”

“When we started this journey almost six months ago, the whole idea was not around a certain way of doing things, but more around ‘let’s come together and try to figure out how we solve a problem that is unacceptable’ — 1.7 billion people who are currently unbanked, another billion underserved.”

“Given the critical roles central banks play in the global economy, any central bank digital currency implementation, including potentially with blockchain technology, will have a profound impact domestically and internationally.”

“My #Bitcoin mystery is solved. I mistook my pin for my password. When Blockchain updated their app I got logged out. I [tried] logging back in using my pin, which was the only ‘password’ I had ever known or used. I also never had a copy of my seed phrase. Honest but costly mistake!”

“iCloud is now officially a surveillance tool. Apps that are relying on it to store your private messages (such as WhatsApp) are part of the problem.” 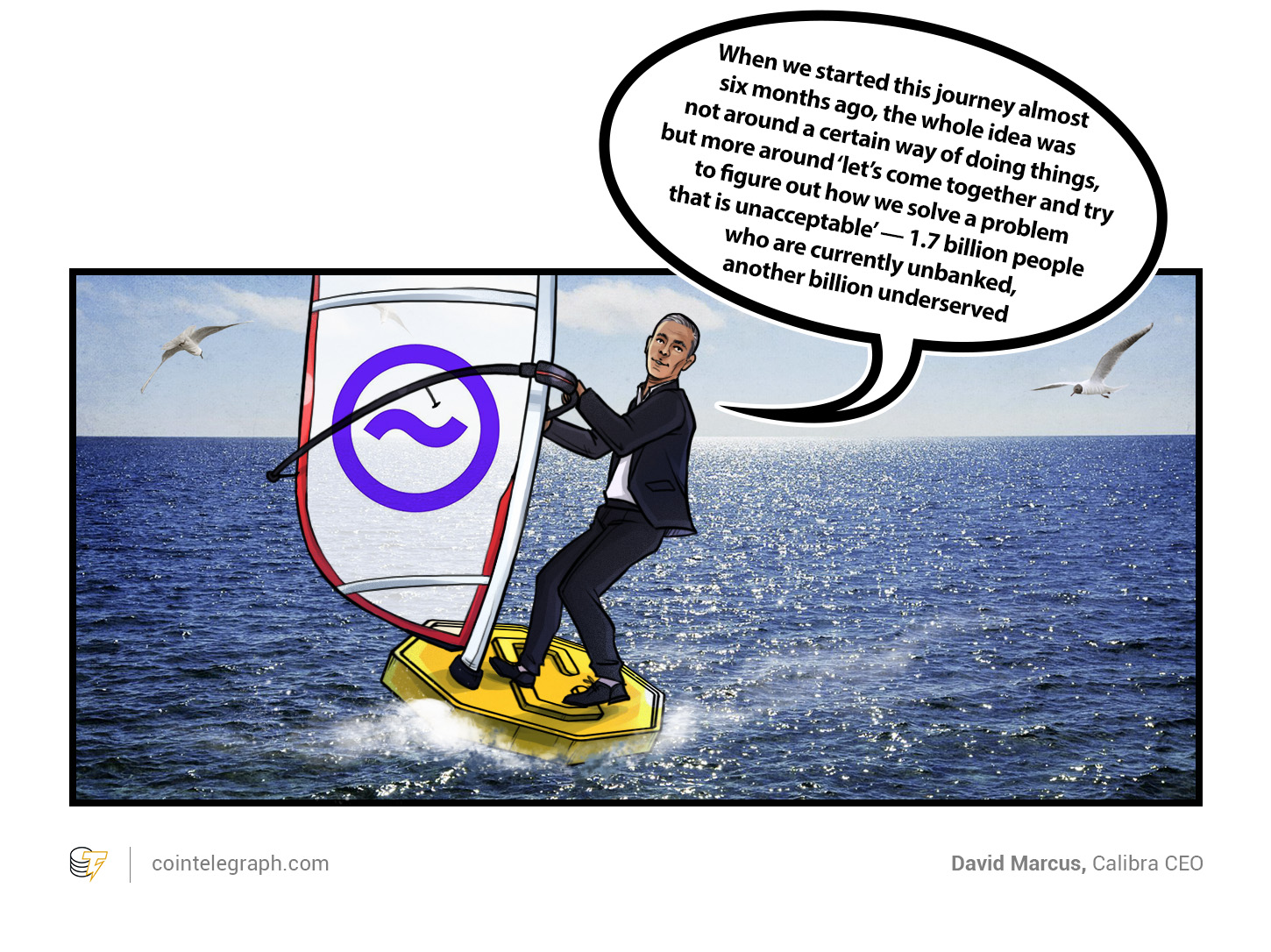 A Russian national accused of heading a group that laundered $4 billion in Bitcoin has been extradited from Greece to France. Alexander Vinnik formerly operated the now-shuttered exchange BTC-e and is believed to have a direct relationship to the infamous hack of Mt. Gox. The case has risked triggering a diplomatic row, with Russia filing several requests to bring him under its jurisdiction. Lawyers writing on behalf of Vinnik’s young children had submitted a complaint to a Greek court at the start of the week in an attempt to prevent the extradition. Reports now suggest that Vinnik is being held at a hospital in Paris. His legal representative Zoe Konstantopoulou said: “In every way the government is trying to scare him, terrorize him, in a moment of great agony, while his health has worsened.”

The Reserve Bank of India has said restrictions on regulated entities offering crypto assets do not equate to an overall ban. In a document submitted to the country’s supreme court back in September, which has now been made public, the institution said: “The RBI has not prohibited VCs (virtual currencies) in the country. The RBI has directed the entities regulated by it to not provide services to those persons or entities dealing in or settling VCs.” All of this comes as a landmark case against the RBI concludes its second week. Hearings are set to resume on Jan. 28.

Long-running crypto skeptic and gold bug Peter Schiff is likely to be even more skeptical after losing access to his funds. At first, he believed his wallet was corrupted — but he later found out that he mistook his PIN for his password, and he was unable to log in after an app update because he had never taken a copy of his seed phrase. Many in the crypto community have criticized Schiff for making a rookie mistake, with Binance CEO Changpeng Zhao quipping: “I can’t believe I am about to say this, but maybe ‘stay in fiat?’” In recent days, CZ has said that keeping assets on an exchange is often safer than keeping the keys themselves — but those who have fallen victims to hacks on these platforms may not be so quick to agree. 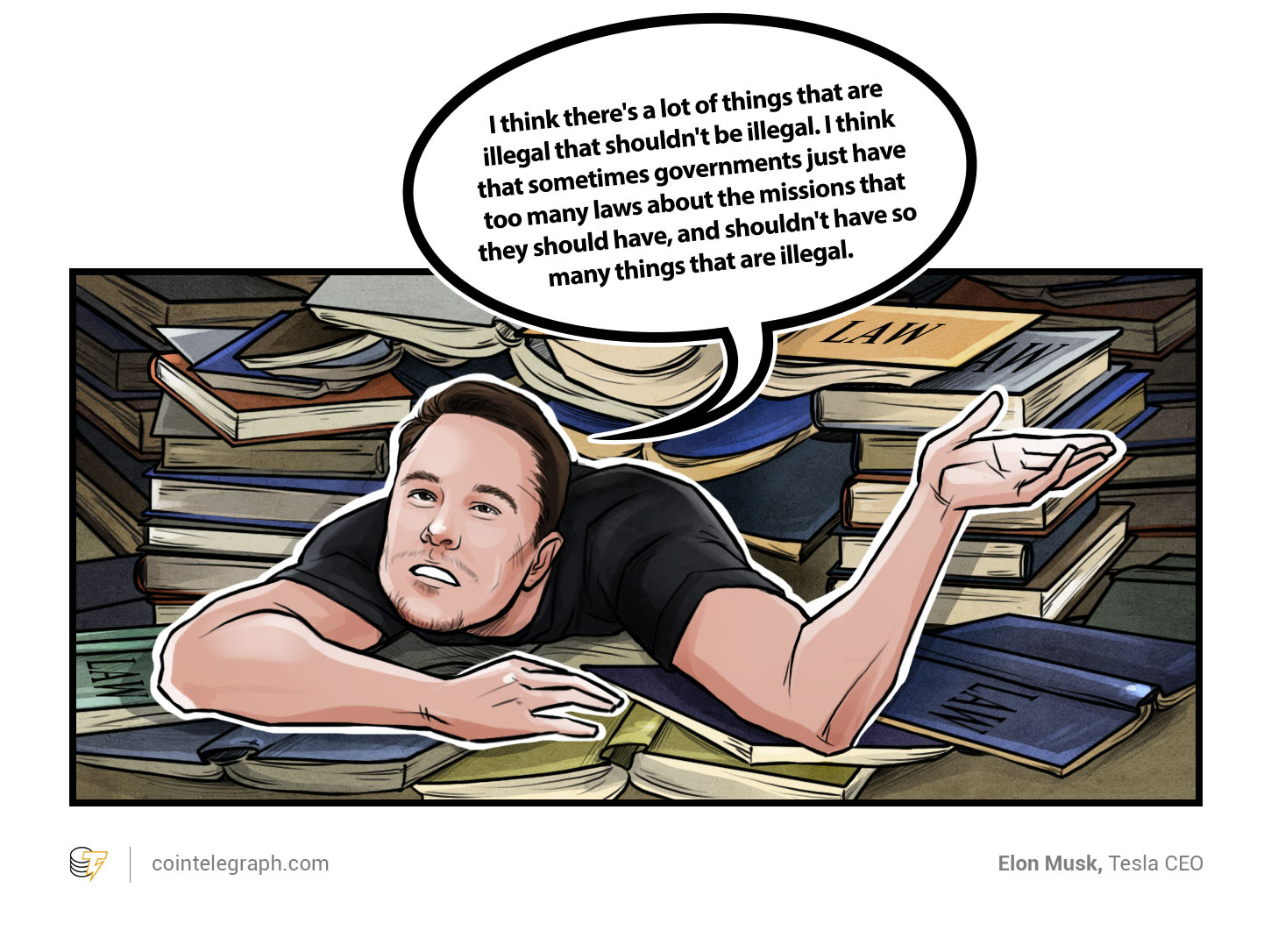 Pavel Durov, the founder and CEO of Telegram, has claimed that Apple’s cloud service iCloud is “now officially a surveillance tool.” His stinging rebuke followed reports that the tech giant dropped plans for end-to-end encryption on iCloud two years ago — apparently following complaints from the FBI. This ultimately means that backed-up texts from iMessage, WhatsApp and other encrypted services remain available to Apple employees and authorities. Telegram has been positioning itself as a global fighter for privacy — and in 2018, it refused to give Russian authorities the encryption keys to user accounts, prompting as-of-yet unfulfilled threats that the app would be blocked “in the near future.”

The Chamber of Digital Commerce submitted a legal document to the court overseeing the hearing between Telegram and the U.S. Securities and Exchange Commission. Shiraz Jagati looks at what it says.

Cassio Gusson has caught up with Adam Back to discuss the early years of Bitcoin, his emails with Satoshi Nakamoto and privacy — 11 years after BTC’s release.

Crypto innovators of color restricted by the rules aimed to protect...