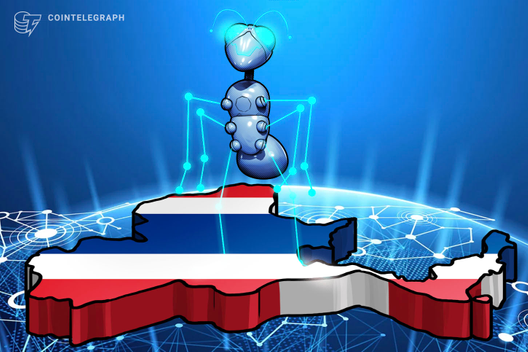 The Excise Department in Thailand is poised to introduce a new way of refunding overpaid taxes to oil exporters by using blockchain technology.

On Nov. 25, director-general Patchara Anuntasilpa told the Bangkok Post that the Thailand Excise Department will change its current tax refund practice by introducing a blockchain-based tax payback system, which it hopes to implement by the middle of 2020.

One of three blockchain-based pilots

Patchara explained that the future tax payback system will require oil exporters to pay excise tax and claim overpaid taxes after they have shipped the fuel. Blockchain technology will make it more efficient for the department to inspect the tax payments, he added.

Currently, oil exporters are required to submit documents for a tax waiver, and the inspection is not as thorough as it could be, according to Patchara.

The Excise Department will reportedly collaborate with the Krungthai Bank to develop the blockchain-based tax refund system, which is one of three pilot projects. The other two projects involve e-bank guarantees, annual fee payment for liquor and tobacco, and playing card distribution licenses.

In September, the Thailand-based multinational energy conglomerate PTT and blockchain energy nonprofit Energy Web Foundation announced that they will build a blockchain-based renewables platform. The two parties were in the midst of developing a regional solution based on the Energy Web Chain, which will also be compliant with the International Renewable Energy Certificate (I-REC) Standard, which certifies renewable energy sources.

In 2018, Thailand reportedly produced about 28 million megawatt-hours of clean electricity, while just 0.16 million I-REC MWhs were issued. EWF CEO Jesse Morris said that the new blockchain-based platform will help to connect supply and demand for the certificates.

Is Blockchain the Shot in the Arm Healthcare Needs?

NEO Founder Explains Why the Internet Is Imperfect