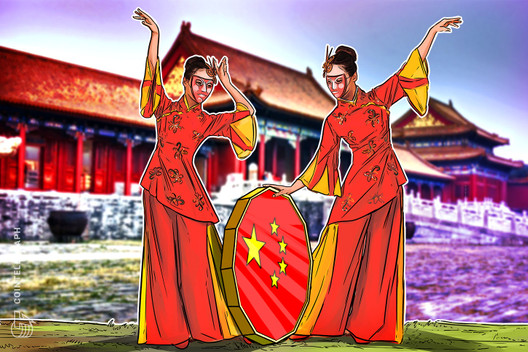 Fresh details have emerged about ongoing trials of China’s digital yuan, specifically its current implementation in Suzhou — a major city in Jiangsu Province.

On April 16, reporters for ChinSci-Tech — an innovation board for enterprises and public companies listed on the Shanghai Stock Exchange — revealed that the central bank digital currency is being tested as part of a transport subsidies scheme for local government and enterprise workers.

A second official report has today confirmed that the mobile payments app Alipay, run by Alibaba affiliate Ant Financial, contributed to the research and development of the currency’s hardware, distribution and payment channel technology.

This month, agencies and enterprises in the Xiangcheng District of Suzhou will reportedly be paying 50% of local workers’ transport subsidies in the new digital currency (also referred to as DC/EP, for “digital currency/electronic payment”).

Enterprises, institutions and various management committees in the district are being requested to sign a digital currency distribution agreement with a relevant wage distribution bank and to install a digital wallet for everyone in their workforce.

An official letter seen by ChinSci-Tech reporters reveals that the digital currency test must be conducted via one of these four state-owned banks. Enterprises are asked to choose one of the banks (including those enterprises that currently use other commercial or city banks), to sign the issuance agreement and to install the digital wallets for their staff by the end of May.

While the central bank has not yet released official and updated information about the DC/EP’s technical design, ChinSci-Tech reporters have pointed to the details revealed in five related patents from Alipay earlier this year.

These patents indicate that the DC/EP adopts a two-layer architecture and two-tier delivery system, which enables licensed third-party payment institutions or banks to participate in secondary issuance of the digital currency.

Alipay is itself reportedly likely to participate, alongside banks, in implementing the scheme. All entities licensed to participate in DC/EP issuance will apparently hold a reserve account at the People’s Bank of China, the country’s central bank.

While users themselves are not likely to feel much difference using the system if compared to popular payments channels such as Alipay and WeChat, the report notes that the currency’s blockchain structure will ensure “traceability, encryption and supervisability.”

No official indication has been given as to how and where the DC/EP can be spent, yet ChinSci-Tech reporters note that there is a high probability that this trial version can only be spent on transport expenses. Enterprises and institutions involved in the trial still need to confirm this.

US SEC Prioritizes Crypto Compliance in 2020, But Hints at Kinder...