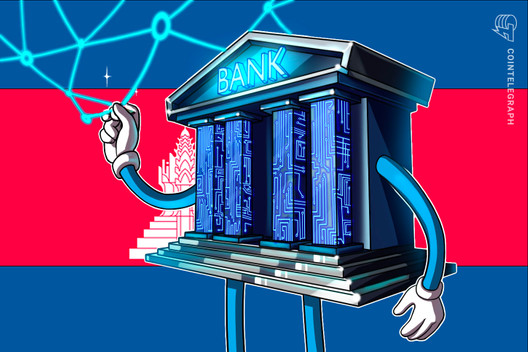 It’s effectively a central bank digital currency (CBDC) that was launched on a trial basis throughout Cambodia in July. Chea Serey, director-general of the National Bank of Cambodia, said the system will be operational within the present fiscal quarter. Serey described Bakong as “the national payment gateway for Cambodia.”

Bakong will play a central role in bringing all players in the payment space in Cambodia under the same platform, making it easy for end-users to pay each other regardless of the institutions they bank with. Eventually, we hope to allow cross border payment through the Bakong system too.

Unlike most blockchain-driven cryptocurrencies, Bakong is a closed system that’s backed by banking authorities. A software wallet is linked to each user’s bank account for them to more easily interact with hard currency. The system supports real-time transactions while the National Bank of Cambodia stores centralized records about where the money goes.

This is a bit of an adjustment to Cambodia’s previous heading on cryptocurrency and blockchain technology. The country had previously issued requirements for a cryptocurrency business license — a Cambodian crypto exchange became the first such licensed business in August 2018.

In any event, the at-scale use case of a national bank granting its users the ability to transact with each other using blockchain verification seems sure to accelerate adoption.