There are over 13,000 Bitcoin (BTC) addresses that are worth at least $1 million, according to data from Glassnode.

107 BTC to become a millionaire

At the current prices, it takes about 107 BTC for an address to become a dollar millionaire. Since this metric is tied to the dollar price of Bitcoin, it tends to fluctuate a lot. For comparison, the number of addresses that contain at least 100 BTC has a much lower volatility. 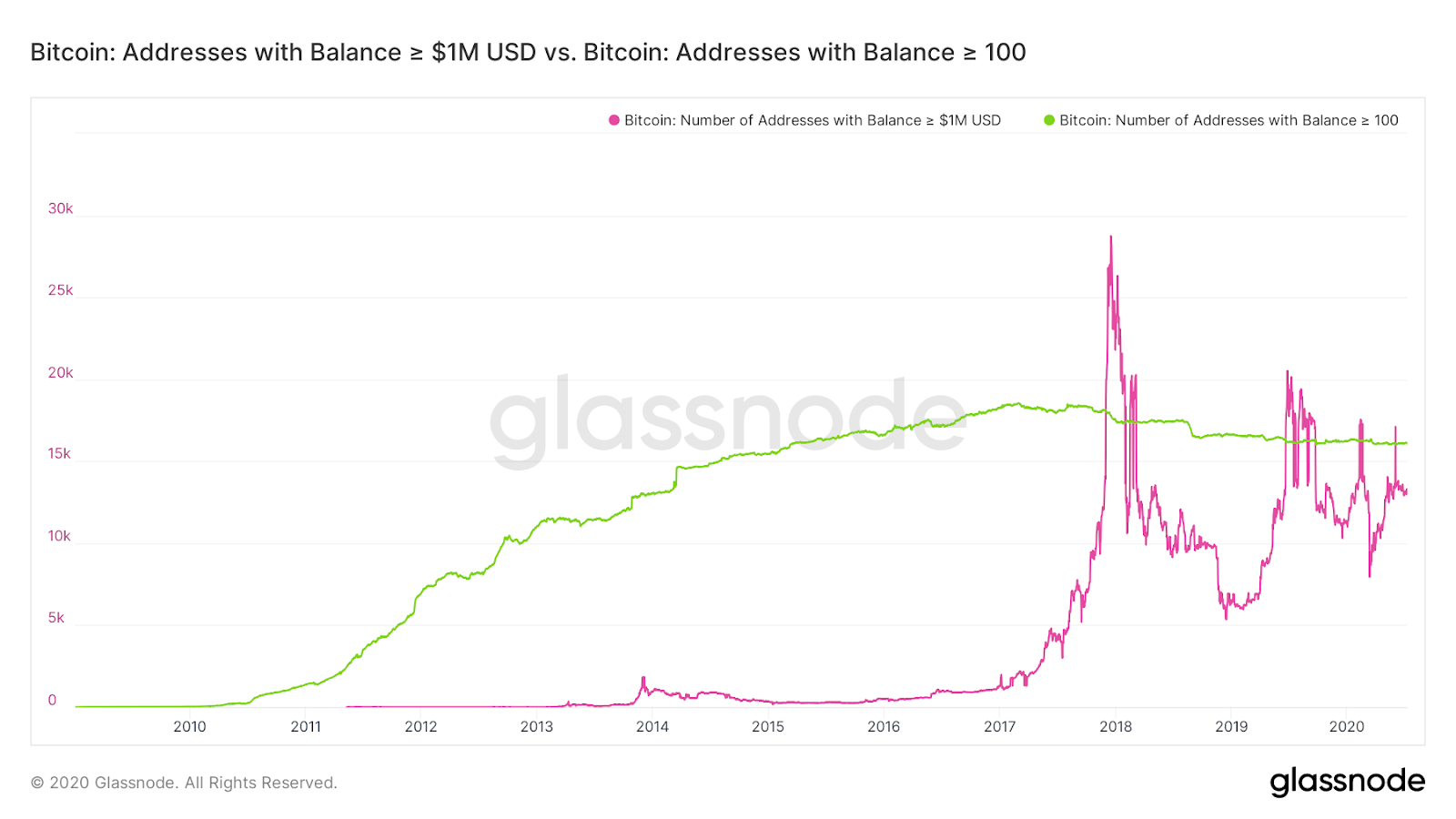 We can observe that the number of addresses with balances of over $1 million hit a record high during the 2017 bull run, while the other metric remained largely unaffected by it. This remains one of the few indicators in the Bitcoin world with a very low variance through the years.

Another possible reason is that some of these addresses are controlled by large entities like exchanges and custodians, who do not like to stray from a predetermined distribution of their Bitcoin. It should also be noted that there are over 1 million of Bitcoin which were likely mined by Bitcoin creator, Satoshi Nakamoto. These coins have not moved in over 10 years.

How many Bitcoin millionaires are there?

So how many Bitcoin millionaires are there? The reality is that we do not know. In order for us to answer this question, we would have to know how many individuals or entities control those 13,290 addresses. This number could theoretically lie anywhere between 1 and 13,290.

Although it is possible to apply data analysis heuristics to Bitcoin addresses and transactions to narrow down this number somewhat, no such complete data set is currently available.

Qtum price rallies 160% as the project’s focus on DeFi pays...