Bitcoin has continued to push higher after a weekend dip. As of this article’s writing, the leading cryptocurrency trades for $9,450, a few basis points below the local high of $9,480.

The cryptocurrency is still waiting to surmount the crucial $9,500 level. Yet, analysts say that there’s a rapidly forming Bitcoin bull case.

Until it breaks above $10,500 or below $8,500, Bitcoin is stuck in a macro consolidation. Analysts say, however, that the chance that the cryptocurrency breaks the ongoing range to the upside is strengthening.

One trader shared the chart below, outlining four key technical reasons why Bitcoin could move towards $10,500, then $11,500. 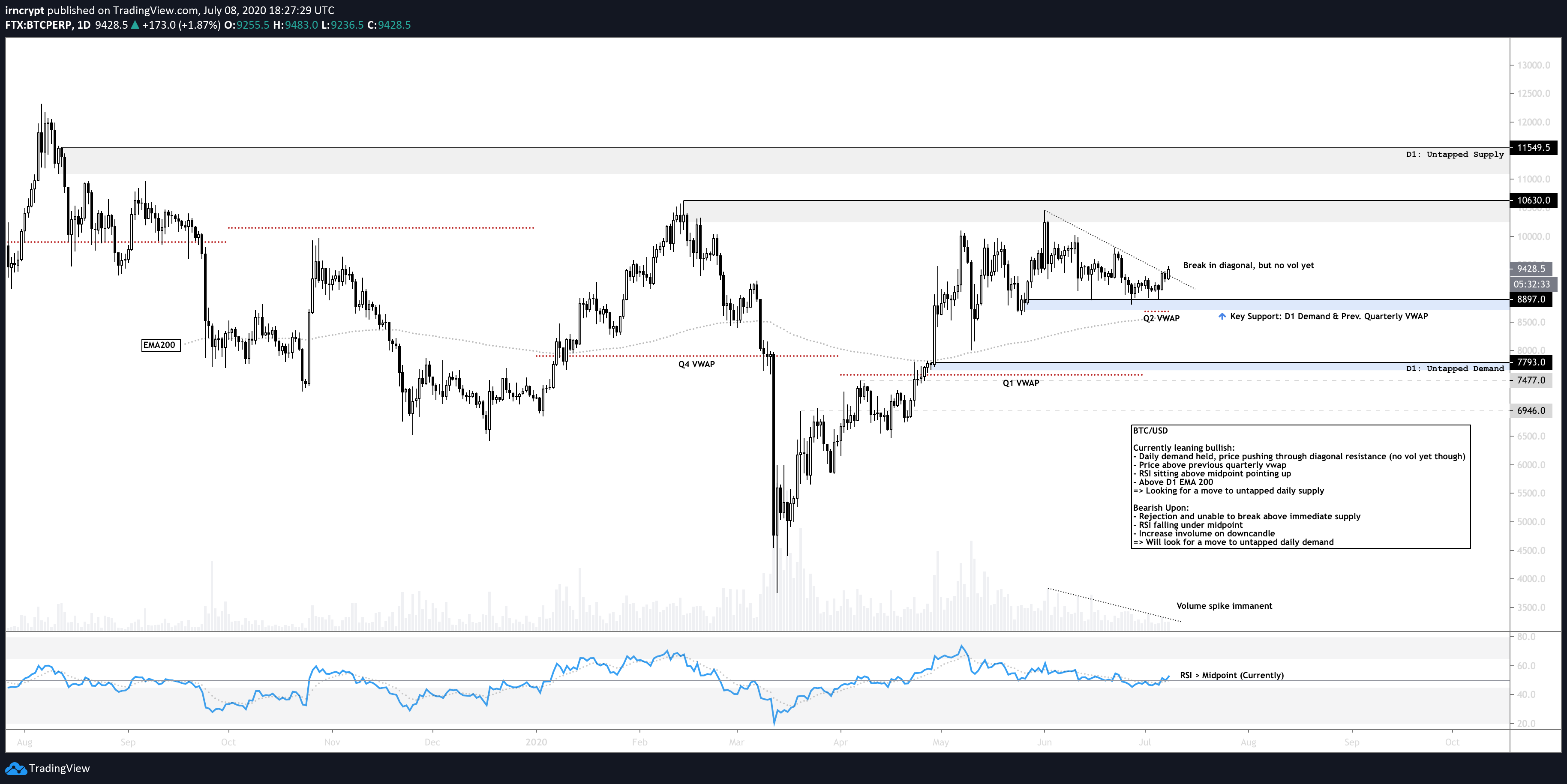 Considering the technical factors, the trader postulated that Bitcoin could test $10,500, then $11,500 in the weeks ahead.

The trader did note, however, that there are some technical occurrences that could force him to change his bias. These include Bitcoin failing to break above $10,500 yet again, the RSI falling under 50, and a price drop on an influx of volume.

Not the Only Positive Analyst

The trader who shared the chart above is notably not the only analyst who is starting to lean bullish on cryptocurrencies.

As reported by NewsBTC, an analyst observed that Bitcoin has formed a “hidden bullish divergence” with its three-day RSI. The divergence suggests that the cryptocurrency will surge to $10,500 and will only be invalidated if BTC falls under $8,800, he remarked.

BTC is also being boosted by altcoins.

These cryptocurrencies have done so well that Bloomberg, Dave Portnoy, and other prominent names in the investing space are talking about digital assets again.

Considering the reach of these individuals and firms, this spotlight could trigger an influx of buying interest in Bitcoin.

Do or Die For Bitcoin Bulls: Here’s What Could Trigger A...