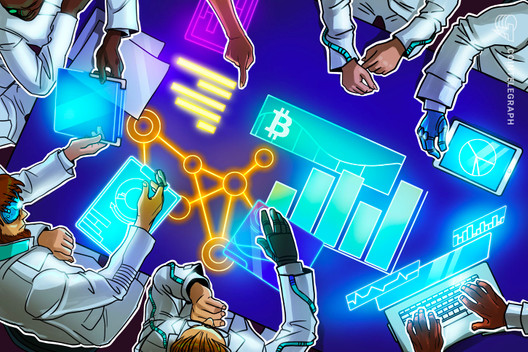 With the Bitcoin halving just four days away, CV Lab, an incubator and co-working space for blockchain companies, along with Cointelegraph, invited a group of eight experts from Switzerland Crypto Valley for a live panel discussion held on May 7.

The Crypto Valley experts came to a consensus that this Bitcoin block reward halving would be different from the previous two, regardless of which direction the price of Bitcoin (BTC) goes.

The experts agreed that the macroeconomics’ environment is changing. More and more people are considering storing their life savings in Bitcoin as a hedge against the current troubled monetary system.

The power has also started to shift from miners to the community and traders, according to Arnaud Salomon, CEO of Mt Pelerin. He explained:

The power has shifted away from miners. They’re not in the same position as they used to be ten years ago or even five years ago […]. The stock is already so big and because today there is a lot of Bitcoin in circulation people are willing to trade and exchange.

We witness the very moment when a vast economic crisis triggered by a pandemic is threatening to overwhelm already over-indebted States. In the turmoil to come, the value-proposition of debased unstoppable pure Bitcoin whose money supply is written in code is likely to meet popular adoption flying away from fiat hyperinflation in many countries.

Additionally, Bitcoin adds discipline rather than competes with the existing financial system, according to Yves Longchamp, head of research at Seba bank. He stressed that BTC offers an alternative, which people can voluntarily use for storing value in something that is not correlated with other financial assets.

Finally, professor Fabian Schar from University of Basel closed his presentation during the panel discussion with his own view on the halving, saying:

Forget about price prediction. You might as well flip a coin. There is really no way of telling which way it’s going. Also it’s the least interesting thing about the halving. Because there are so many interesting parameters and so much stuff going on behind the scenes, so many observations we have to make.

The Truth About Bitcoin and Hezbollah in Lebanon

Chainlink (LINK) Eyes Another Record Peak as Bitcoin Gets Choppier