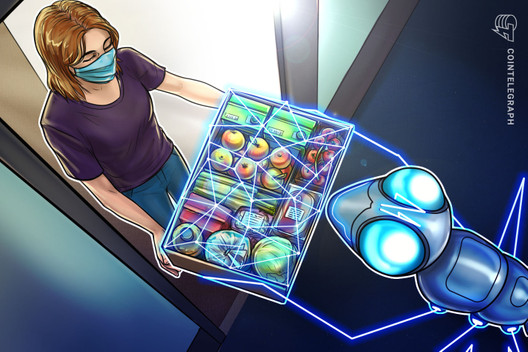 COVID-19 continues to wreak havoc, with United States meat producers being the latest victims of the pandemic in a “cascading series of events,” including shutting down of the food service sector, universities and school lunch programs, all likely to impact millions of Americans.

Meat processing plants around the U.S., which emerged as the world’s epicenter of the pandemic, have seen huge outbreaks of COVID-19, as the virus has spread quickly among workers crammed in close quarters, often without recommended protective gear. “After the outbreak was announced in the U.S., we never stopped working,” a meatpacking employee said. He continued:

“I had to keep working without any protective [equipment] in place because I have no other means of income. But we were always afraid we might be too exposed to the virus.”

The outbreak has interrupted work at meat processing plants, with workers, truckers and meat inspectors expressing fears of traveling to hotspots. One hundred workers of the Food Safety and Inspection Service — part of the U.S. Department of Agriculture — may need to find their own protective gear and have “tested positive for the coronavirus as the illness ravages the nation’s meat processing plants.”

Prior to the COVID-19 pandemic’s quick spread to nearly every country around the world, blockchain technology had already begun its entrance into the livestock and meat-packing industry for increased risk tracking. The worldwide production and trade of livestock is a major economic, social and political force. Supporting around 1.3 billion people, the sector has an estimated value of $1.4 trillion, equal to 40% of agricultural gross domestic product worldwide. Along the complex multinational global livestock/meat chain supply, there are various risks to keep track of, such as possible sanitary restrictions, trade barriers, sanctions, corruption and now, COVID-19-related risks.

In the U.S., the federal meat and disease regulators are the Department of Agriculture and the Centers for Disease Control, respectively. Both have been turning to blockchain technology to track food safety as well as disease, which has become a more urgent task with the spread of COVID-19 worldwide.

The U.S. Department of Agriculture: The USDA is a federal agency responsible for overseeing meat, poultry and egg product safety. Meat, for example, goes through three separate USDA inspections: at the slaughterhouse, at the meat-processing facility and at the meat factory.

While digitization was identified in the USDA’s report to the President in 2018, the emergence of COVID-19 in November expedited implementation of blockchain technology for tracing food safety throughout the supply chain.

At the beginning of this year, the USDA announced that IBM was developing a blockchain proof-of-concept for the Food Safety and Inspection Service, or FSIS — the United States’ food safety arm — as part of its 2020 Annual Plan to evaluate how blockchain can be optimized to track goods throughout supply chains for export certification systems. So far, the USDA has allocated $250,000 to develop this software.

Center for Disease Control: The CDC timeline for implementing the needed technological tools to trace the spread of COVID-19 has become a “here and now” priority. The CDC and different organizations including Bloomberg School of Public Health at Johns Hopkins University, the Villanova University Department of Electrical and Computer Engineering and the coalition network, among others, are currently developing contact tracing platforms to contain COVID-19 by utilizing blockchain, artificial intelligence and IoT technology to help track coronavirus cases globally.

The first testing of blockchain technology for supply chain management in the meatpacking industry was announced last November as the COVID-19 pandemic surfaced in Wuhan, China, by JBS S.A., one of the world’s largest animal protein companies.

The company’s Australian subsidiary is the nation’s largest food processing company, marketer and exporter. It began developing a tracer that provides data “from paddock to plate” with Sydney-based startup Lumachain. The project uses Microsoft technology including Azure AI, IoT and blockchain, and is in collaboration with Australia’s national science agency, CSIRO.

“The end-to-end transparency that this trial is demonstrating has enormous potential for not only Australia’s meat producers — but the entire food chain. For consumers Lumachain’s solution provides the rich information that they want, giving them peace of mind about what they are feeding their family for dinner.”

Operation Carne Fraca and other violations in the meat industry

Despite the meat conglomerate showing signs of a progressive stance on technology across the Pacific, JBS S.A. has demonstrated time and again its propensity for misconduct, one instance of which — the alleged sale of chemically treated rotten meat — resulted in a federal investigation by Brazilian authorities, named Operation Carne Fraca. The company’s path is additionally paved with legal breaches, scandals, high-level corruption schemes, unfavorable labor conditions and environmental breaches involving the use of deforested Amazon rainforest fragments for cattle grazing. Brazil’s JBS S.A. operates in over 150 countries with an annual revenue of about $50 billion, 53% of which comes from its U.S. operations. The company has yet to test or implement blockchain technology to track the safety of its food supply chain within its parent company or subsidiaries other than JBS Australia.

JBS S.A. has been able to get away with multiple corporate governance lapses for a long time, mainly because JBS S.A. founder Joesley Batista confessed to, and served prison time for, bribing 2,000 officials in the Brazilian government (including ex-President Michel Temer) with a total of $250 million. This systemic corruption allowed the company to not only sell and export salmonella-contaminated meat, but also secure government funding from Brazil’s development bank to finance its international expansion, including the purchase of its U.S. beef-producing units of Smithfield Foods Inc. in 2008 and U.S. poultry producer Pilgrim’s Pride Corporation in 2009, among other companies. For these corporate governance violations, JBS executives were slapped with more than $3.2 billion in fines in 2017, one of the largest fines in history.

That same year, under the OECD’s Tax Transparency Rules, multinational companies were required to adhere to a new country-by-country reporting standard. Since 2017, the standard mandated that all multinational companies disclose cryptocurrency and property bribery payments for each tax jurisdiction in which they conduct business. Accordingly, the U.S. Justice Department and the Securities and Exchange Commission had been investigating JBS S.A.’s parent company, J&F Investimentos, for “potential violations of the Foreign Corrupt Practices Act” for bribery payments made to foreign government officials before three U.S. Senators, and one U.S. house representative urged other U.S. government agencies, mainly the USDA and the Treasury Department to investigate JBS S.A. amid the widening COVID-19 outbreaks, which has resulted in JBS plant closures in several states, including Minnesota, South Dakota, Pennsylvania and Colorado. To add to this, JBS received up to $100 million of U.S. taxpayer funds intended for struggling American farmers, and instead spent it on financing JBS S.A.’s expansion spree mainly to supply the growing meat demand from China.

Sen. Richard Blumenthal urged the Secretary of Agriculture, Sonny Perdue: “Immediately cease any existing or future bailout payments to foreign-owned corporations, like the Brazilian-owned meatpacker JBS, and remove them from your approved and eligible vendors list.” U.S. House representative Rosa De Lauro has also urged the USDA Inspector General to investigate payments made to JBS.

U.S. Senators Marco Rubio and Robert Menendez asked Treasury Secretary Steven Mnuchin for the Committee on Foreign Investment in the United States to review transactions by JBS S.A., which purchased several U.S. meat companies in recent years with “ill-gotten financing” and to assess its implications on the national security and safety of the nation’s food supply. The letter listed the meat conglomerate’s ties to the sanctioned Venezuelan Maduro regime as an additional reason for the request, perhaps due to its use of cryptocurrencies in barter trades for food sales.

Related: Petro Couldn’t Save the Cartel of the Suns Conspiracy From the Sting of Sanctions

Last December, Brazilian prosecutors filed a case against JBS S.A., its holding company and 14 people for alleged fraud in loans from Brazil’s National Bank for Economic and Social Development, or BNDES, which allowed the company to internationally expand and become one of the world’s largest beef producers. Prosecutors are seeking compensation of 21 billion reais ($5 billion) and are seeking conviction of the company’s founders, Joesley and Wesley Batista, for their wrongdoing and resulting illegal enrichment related to transactions made between the corporation and BNDES.

Following JBS’s corruption investigation and lawsuit, BNDES — JBS’s biggest shareholder after the Batista family — announced the sale of part of its 21.3% stake in the company as part of a plan to exit investments in private companies to replenish government coffers. The meat giant’s profitability soared by 40% in 2019 compared to the year before.

Blockchain for tracking corruption in government funds and grants

The Brazilian bank’s changed focus toward the prosperity of its nation does not end at selling its stake in JBS. Since late 2018, BNDES has also been in the process of developing a stablecoin, BNDES Token, for higher transparency in public spending. Similarly, the U.S. Treasury Department began testing a blockchain-based grants payment system early this year that tokenizes electronic federal letters of credit sent out to grant recipients, ensuring their traceability and transparency. For cases such as JBS S.A.’s, the traceability of government grant money would expose the meat conglomerate’s expenditure of these funds on bribery and foreign expansion. When funding provided by the U.S. government is used outside of the country to finance illegal activity (a cross-border bribe, for example), that legal violation can then be pursued in the U.S. justice system, even if the bribe occurred outside of the country.

As for bringing food supply chains further into the next era of tech, acting FDA Commissioner Ned Sharpless explained:

“We expect to see more innovation in the agriculture, food production, and food distribution systems in the next 10 years than we’ve seen in the past 20, which will continue to provide an even greater variety of food options and delivery conveniences to American consumers. With this ever-changing landscape, we know we must continue preparing to take advantage of new opportunities and address potential risks.”

The widening COVID-19 outbreaks in at least 79 U.S. food-processing and meatpacking plants, while most unfortunate, is spurring expedited blockchain technology adoption in the meatpacking industry to bring the world closer to a point where consumer safety is a priority and corporate corruption is a reprehensible and unfavorable means of doing business for all parties concerned. To avert a food shortage, U.S. President Donald Trump signed an executive order under the Defense Production Act on April 28 to compel meat processing plants to remain open, with the government providing additional protective gear for employees as well as regulatory guidance.

Selva Ozelli, Esq., CPA, is an international tax attorney and certified public accountant who frequently writes about tax, legal and accounting issues for Tax Notes, Bloomberg BNA, other publications and the OECD.