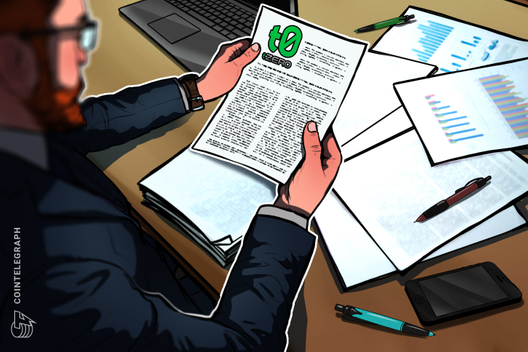 The CEO of Overstock’s blockchain subsidiary tZERO, Saum Noursalehi, has issued an update on tZERO’s progress and addressed the departure of Overstock’s CEO Patrick Byrne.

In a letter to investors published on Sept. 6, Noursalehi addressed Byrne’s resignation as the CEO of American e-commerce giant Overstock.com. Noursalehi assured that Byrne’s departure will not have an impact on tZERO’s daily operations and implementation of the firm’s strategic roadmap.

Byrne stepped down as CEO of Overstock in late August. In his letter of resignation, Byrne reaffirmed his faith that “the blockchain revolution will reshape key social institutions.”

Noursalehi further focused on the progress tZERO has made in recent months, pointing out the launch of tZERO Crypto on Android, announcing the digital preferred dividend OSTKO, and obtaining a patent that enables traditional trading systems to be anchored into public blockchains. Per the letter, tZERO has also filed for eight additional technology patents.

Just four days after Byrne’s resignation, Overstock’s interim CEO Jonathan Johnson revealed that Singaporean private equity firm Makara Capital informed the firm that they “will be not investing in tZERO right now.” Makara’s retreat from investment in tZERO did not appear to be surprising as the firm had already delayed and reduced the investment several times.

In his letter, Noursalehi also reiterated Johnson’s statement that Byrne’s exit from Overstock has nothing to do with the allegedly ongoing regulatory investigation by the United States Securities and Exchange Commission (SEC). The SEC investigation was first revealed by tZERO in mid-December 2017.

Bitcoin Price May Be Ready To Rally According To Social Media...