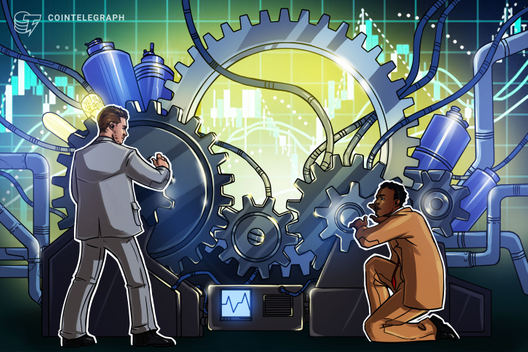 On Oct. 18, Archax announced in a press release that its post-trade processes will now run on distributed ledger technology. Archax will use a private version of Corda Enterprise within its own ecosystem.

Post-trade processes occur after a trade is complete, wherein a buyer and seller of a security approve the transaction, provide trade details, amend ownership records, and transfer the securities and cash.

In recent months, financial institutions around the world have expressed interest in Corda technology. 28 organizations including Raiffeisen and 17 other banks participated in the successful completion of the Ivno Global Tokenized Collateral Trial, as reported on Oct. 17. This was the first global token trial on the R3 Corda platform.

Russia-based Alfa-Bank announced that it is launching a foreign trade finance pilot transaction with the cooperation of Novolipetsk Steel Company, Commerzbank and Vesuvius GmbH using the Corda-powered Marco Polo Network.

In September, Bank of America also joined the Marco Polo Network “to tackle trade finance challenges.” The financial institution intends to improve international trade inefficiencies and deliver a better service for its customers.

The future is Bitcoin, according to South Park creators

Newest Crypto - November 27, 2021
0
The U.K. Law Commission, tasked with monitoring the laws in the United Kingdom and recommending reforms, has said England and Wales do not...

The future is Bitcoin, according to South Park creators