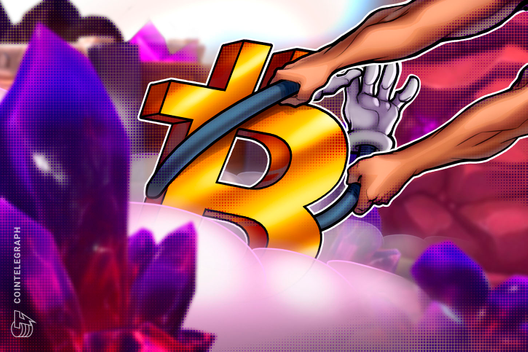 “People always ask how I am coping with living on Bitcoin,” a British software developer told The Mirror in an interview this week, “but the truth is that my lifestyle hasn’t really changed.”

The Mirror — a British daily tabloid founded over a century ago — ran its interview with 24-year old Zakk Lakin on Aug. 22.

An employee at crypto exchange Coin Center, Lakin was given the option to receive part — or all — of his salary paid in cryptocurrency, and he went the full monty.

Lakin noted “buying things with crypto is easier than people think,” given that there are multiple online retailers that accept cryptocurrency and even third-party tools that allow you to settle invoices on platforms such as Amazon.

In the future, he predicts, more and more retailers — from gas stations to eateries — will open up to cryptocurrency, enabling him to spend less in fiat and more in BTC.

When it comes to his paycheck, he added, under the current crypto market conditions:

“I convert all of my permanent outgoings (such as rent, direct debits etc) to British pounds on payday to avoid any issues around the Bitcoin price movements and then the rest is left for disposable income/savings.”

As The Mirror notes, as an exchange employee, Lakin is spared the platform fees when he sells and trades his holdings for fiat currency.

Aside from running his own Bitcoin node, Lakin said his choice to be paid in Bitcoin was shaped by a sense of the importance of using the cryptocurrency as it was originally intended — as electronic cash. He added:

“On top of it all, the conversations it creates are always worth it for spreading awareness and educating others about Bitcoin and cryptocurrency.”

As reported, the governor of the Bank of England, Mark Carney, memorably claimed in 2018 that Bitcoin had failed as a currency by traditional measures. Volatility loomed large in his criticism, with Carney saying at the time:

“If you had taken out a £1,000 student loan in Bitcoin in last December to pay your sterling living costs for next year, you’d be short about £500 right now. If you’d done the same last September, you’d be ahead by £2,000. That’s quite a lottery.”

This July, Carney argued that people need to acknowledge the issues Facebook is attempting to solve with Libra, regardless of the project’s potential pitfalls. If Libra can conform to regulatory demands, he stated a week later, the stablecoin could have genuine use cases.