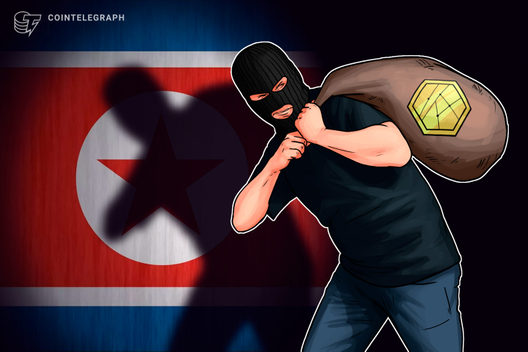 The United Nations Security Council’s Sanctions Committee on North Korea has accused the country of using a Hong Kong-based blockchain firm as a front to launder money.

As South Korean newspaper Chosun Ilbo reported on Nov. 6, the committee conducted an investigation into the various strategies allegedly employed by the North to evade sanctions using cryptocurrencies and other means.

The Committee alleges that “Marine China” — a  blockchain-focused shipping and logistics firm registered in Hong Kong — was created by North Korean actors; its owner and sole investor is purportedly an individual named Julian Kim, who also operates under the alias “Tony Walker.”

Kim has reportedly appointed a second, unnamed individual to head the firm and has allegedly attempted to withdraw undisclosed sums of cash several times from Singaporean banks.

The investigation alleges that cryptocurrency stolen by North Korea in 2018 was converted into cash via at least 5,000 discrete transactions across multiple countries, making the laundering activity “difficult to track.”

Hackers from the North are reported to be using spear-phishing methods to conduct precision attacks, as in the case of an operation targeting the computer network of a bank in Bangladesh back 2016.

Seventeen countries are thought to have been targeted by North Korea’s spear-phishing attacks over the past three years, with damages totaling an estimated $2 billion.

Hackers’ strategies further reportedly include malicious code designed to launder stolen Bitcoin (BTC) to a server based at the Kim Il-sung University in Pyongyang.

Recent reports have suggested that North Korea is allegedly pursuing the development of its own central bank digital currency, even though at an official level, the DPRK has so far refused to comment on the claims.

Almost half of Bitcoin hash rate signaling for Taproot activation