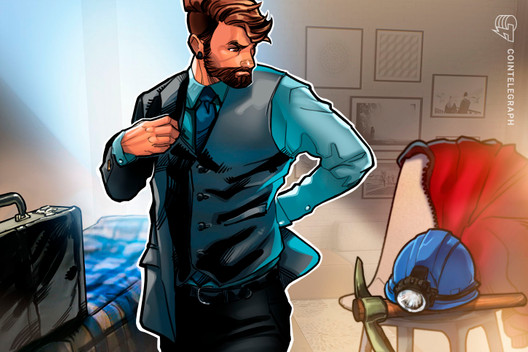 With the halving scheduled to happen in just under four hours, unprofitable miners have already begun shutting down their equipment, vice president at major mining pool Poolin Alejandro De La Torre said in a May 11 interview with Cointelegraph. Per his estimations, these miners account for “15-30%” of the entire Bitcoin (BTC) hash rate.

“Mining farm personnel are shutting [their units] off as we speak since they will not want to do it after the halving — because then they’re losing money,” De La Torre told Cointelegraph.

The miners who are now fleeing will likely never come back online if they don’t upgrade their equipment or find extremely cheap electricity sources, because the mining reward will be halved once the event occurs:

“All older machines will no longer be profitable unless they are mining on nearly free electricity or if the price shoots up by 2x or more.”

According to De La Torre, unprofitable mining operations based in China will be the first to switch off. The halving will take place at early morning local time, which is why Chinese operators are now shutting down profitless units before punching the clock.

This shutdown will affect the total hashrate, De La Torre added, since the soon-to-be unprofitable units generate “about 15-30%” of that number.

As previously reported by Cointelegraph, Bitcoin’s mining hash rate has seen major volatility ahead of the halving, and is likely to fall soon after it takes place — but could then start to bounce back as the new generation of mining machines gets shipped out.

Labor Costs Jump by Most in 2 Decades, Adding to Inflationary...