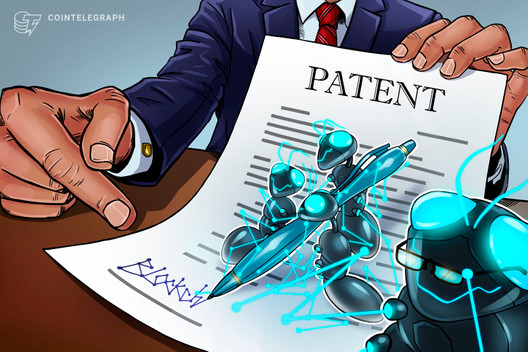 A new patent has been filed by the U.S. Postal Service, or USPS, which appears to use Blockchain technology to make mail-in voting a safe alternative to physical polling stations amid the COVID-19 pandemic. This news follows recent comments from President Donald Trump concerning the mail service’s funding as part of his fight against mail-in voting.

“This developement releates to a voting system that also incorporates the use of cryptographic elements, such as blockchains, as are used with cryptographic currencies, to track and secure the vote by mail system,” said a patent filing, dated Aug. 13, 2020.

COVID-19 remains a global hot topic as the 2020 U.S. presidential elections draw near. Mail-in voting has also surfaced as a point of contention among members of the country’s political parties. Trump opposes the movement, and has suggested withholding further USPS funding as a preventative measure, a CNBC article said.

Although mail-in voting allegedly opens the door for potential voter fraud, voters seek ease of access when recording their political preference in a multi-faceted battle. This has been made more complicated amidst the COVID-19 pandemic. “In some embodiments, a blockchain allows the tracking of the various types of necessary data in a way that is secure and allows others to easily confirm that data has not been altered,” the patent detailed.

The patent laid out voting operations based on a blockchain, complete with ballot codes, electronic signatures and other intricate points, working in tandem with two databases. The patent also included various other frameworks and concepts around its central idea of blockchain-based voting.

The postal service’s patent is not its first dive into blockchain. The USPS submitted a concept in 2018 which harnessed blockchain for identity authentication.

Cointelegraph reached out to the USPS for additional details. This article will be updated accordingly should a response come in.

Newest Crypto - January 26, 2022
0
Taiwan’s financial sector is known for its conservative outlook, and rich pools of foreign reserves — the fifth largest in the world coming...

After a 273% rally, this key indicator signaled that CELO price...