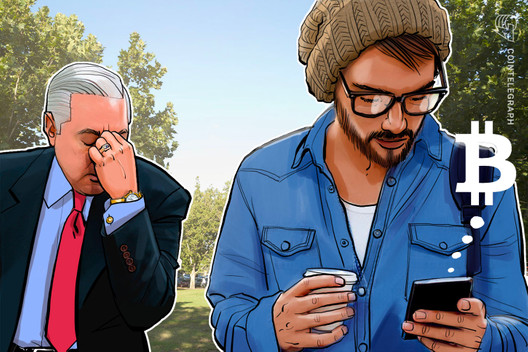 Barry Silbert, CEO of cryptocurrency investment firm Grayscale Investments and Digital Currency Group, believes the United States is past the point of no return for banning Bitcoin.

In a Grayscale investor call on July 16, the CEO said he was “cautiously optimistic” about the chances of regulations in the U.S. improving or at least not getting worse for the cryptocurrency.

“For the first time ever, we are past the ‘ban bitcoin’ perceived risk,” Silbert said. “There’s enough support in DC from policy makers and regulators that Bitcoin has a right to exist and ultimately you can’t shut it down.”

The CEO said relationships with regulators are much better off due to the effort made by groups including the Blockchain Association — a group speaking out in favor of many blockchain and crypto companies in front of the SEC — and Coin Center, a non-profit crypto advocacy group.

“As an industry, we’re just much better off than we’ve ever been from a relationship perspective out in DC. [These two groups are] educating policy makers around the benefits of this technology in this asset class. The catastrophic regulatory policy risk that maybe would have existed previously in DC is behind us.”

Cointelegraph has reported that Grayscale reported a substantial increase in the inflow of cryptocurrencies for Q2 2020, which totaled $905.8 million. This was up from $503.7 million in Q1.

Crypto Gets a Taste of Movie Business, but Is a Long...

Can Ethereum Fight Back Against the US’ Sweeping Censorship Attempt?