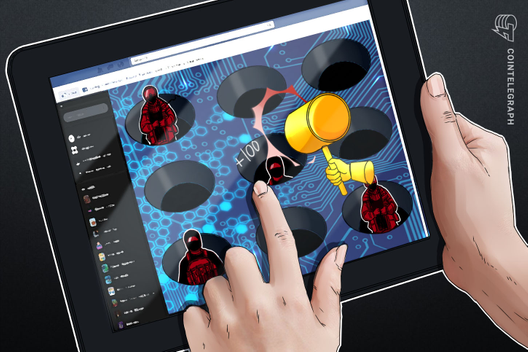 “Treasury is taking action against North Korean hacking groups that have been perpetrating cyber attacks to support illicit weapon and missile programs. […] We will continue to enforce existing U.S. and UN sanctions against North Korea and work with the international community to improve cybersecurity of financial networks.”

“Democratic People’s Republic of Korea cyber actors, many operating under the direction of the Reconnaissance General Bureau, raise money for its WMD (weapons of mass destruction) programs, with total proceeds to date estimated at up to two billion US dollars.”

On Sept. 1, Cointelegraph reported that North Korea’s official state media, the Korea Central News Agency (KCNA), denied allegations of massive theft by North Korean agents. The KCNA cited a statement from the National Coordination Committee of the DPRK for Anti-Money Laundering and Countering the Financing of Terrorism that accused the United States and other hostile forces of spreading slanderous rumors. It said:

“Such a fabrication by the hostile forces is nothing but a sort of a nasty game aimed at tarnishing the image of our Republic and finding justification for sanctions and pressure campaign against the DPRK.”

The statement further added that the U.N. is “re-enacting the same old trick as the Hitler fascist propagandists used to cling to.”