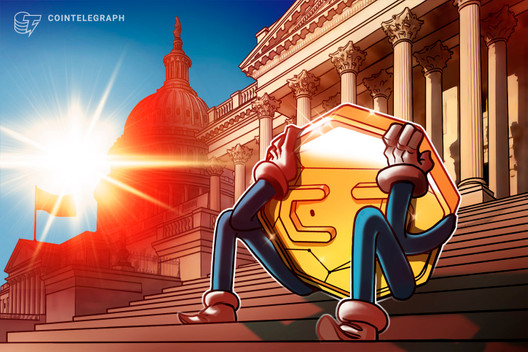 Though the Democratic presidential race in the United States may have lost its most forward-thinking candidate when it comes to cryptocurrency, that doesn’t mean it’s not still a hot button issue across party lines. The number of patents and companies associated with cryptocurrencies and blockchains continues to rise in the US market, making it both an economic and political issue in 2020.

The United States Senate held a hearing to go over the 2021 budget on Wednesday. While defending Trump’s $4.8 trillion proposal, Senator Maggie Hassan (D-NH) asked a question regarding cryptocurrency:

“How will the Treasury’s proposed budget increase in monitoring suspicious cryptocurrency transactions and prosecuting terrorists and other criminal organizations financing illicit activities with cryptocurrency?”

Secretary of the Treasury Steven Mnuchin replied on camera:

The future of crypto and blockchains in the U.S.

Military contractors in the United States have already shown their willingness to support companies embracing blockchain, and even the federal reserve sees the potential for digital currency. The Secretary’s comments allude to greater transparency with cryptocurrency to prevent money laundering.