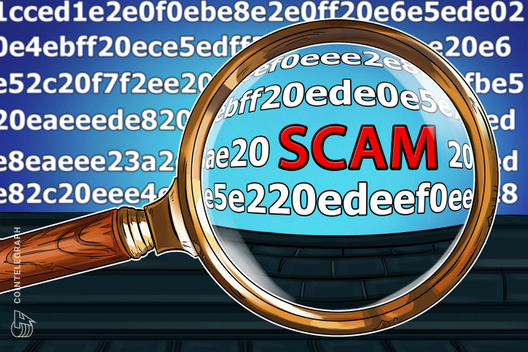 Nigerian crypto wallet Satowallet has allegedly pulled off a $1 million exit scam, while the firm cites an unexplained OVH data server error that has kept user funds in limbo.

After users first reported withdrawal issues in April 2019, Satowallet has been citing different versions of events to account for their failure to withdraw over $1 million in crypto, according to a report by the Financial Times (FT) on Sept. 25.

Following the first complaints, Satowallet reportedly cited technical reasons as the source of a temporary problem, which came amid the firm’s plans to launch a new crypto exchange dubbed SatowalletEX. While users were unable to access their crypto, Satowallet reportedly claimed that a group of scammers on Telegram took advantage of the maintenance period and stole user funds.

Satowallet then claimed to have fixed the vulnerability, only further face another problem that delayed withdrawals, citing newly introduced know-your-customer (KYC) measures in June 2019. After KYC verifications were completed, the company announced it will be practicing manual withdrawals. Eventually, the platform went completely offline in August, with Satowallet’s CEO subsequently restoring the website to discover that user funds were gone. The FT report reads:

“After installation, however, coins were no longer there from the backups and private keys. OVH data couldn’t provide any specific explanation, only saying their server was gone for abuse which they cannot explain.”

According to the FT, Satowallet claimed to be based in Dubai, while its parent company Blockchain Tech Hub was operating in Nigeria. Founded in 2017, the wallet reportedly supported hot storage for more than 60 coins including major cryptocurrencies such as Bitcoin (BTC), Ether (ETH), Bitcoin Cash (BCH) and Litecoin (LTC).

As reported, Bitconnect and OneCoin are two of the most famous altcoin exit scams to date.