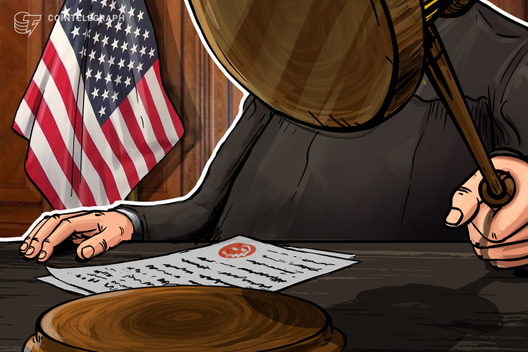 BCause Mining, a Bitcoin (BTC) mining operation in the city of Virginia Beach in the United States, was ordered to liquidate its assets.

In an Oct. 9 article, local news outlet the Virginian-Pilot reported that the Bitcoin mining company filed for bankruptcy earlier this year. This week, a federal judge approved the motion to convert the filing from a reorganization to a chapter 7 liquidation.

BCause Mining was ordered to liquidate its assets, shut down its operations and lay off its 27 full-time and four part-time workers.

The now-defunct mining company received a $500,000 grant in January 2018 from the city of Virginia Beach to expand its operations to a local rented warehouse. BCause had pledged to invest more than $60 million in a massive expansion, which would have made it the largest cryptocurrency mining operation in North America.

Virginia Beach municipal spokeswoman Julie Hill said that the city will now consider filing a claim in bankruptcy court in an attempt to recoup some of the money it paid out to the mining company. The city of Virginia Beach would be considered an unsecured creditor, which means that its claim will only be addressed once all the secured claims are dealt with.

Cointelegraph previously reported that the Federal Bureau of Investigation (FBI) is investigating whether a student at the University of Michigan attempted to hack the West Virginia’s voting app. West Virginia’s Secretary of State, Mac Warner, alerted the FBI during an unsuccessful attempt to gain unauthorized access to the Voatz voting app and said that the activity of the attempt came from IP addresses linked to the University of Michigan.

Last Time This Volatility Gauge Was This Low, Bitcoin Dove 50%...