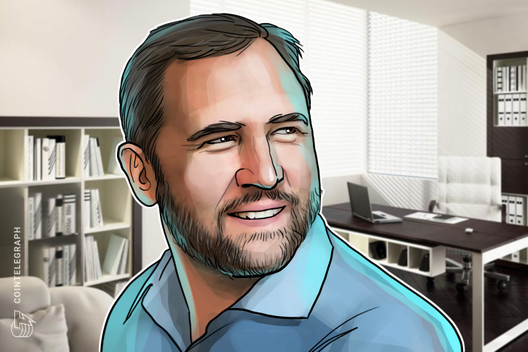 On Sept. 12, CNN’s Julia Chatterley started the interview with Ripple’s CEO Brad Garlinghouse by saying that CNN has been looking at ways cryptocurrencies can be a force for good, before progressing to discussion of whether Ripple is actively dumping XRP on the market, as some in the XRP community have alleged.

XRP community is threatening a ‘takeover’

The First Move anchor Chatterley asked the Ripple’s CEO about the recent news that the XRP community has been threatening with a ‘takeover’, i.e. a hard fork if Ripple executives keep on dumping XRP on the market and how much ownership Ripple itself has over XRP. Garlinghouse responded by saying:

“In the XRP community, Ripple is the largest owner, and we are the most interested party in the success of the XRP ecosystem.”

Garlinghouse adds that dumping XRP onto the markets would not be in their best interest to do. “We are clearly interested in a healthy, successful XRP ecosystem, and we would never do that,” he stated.

Cointelegraph previously reported that Garlinghouse had felt the need to diffuse this situation by explaining that XRP sales are about helping expand XRP’s utility:

“Building RippleNet & supporting other biz building w/XRP ie Dharma & Forte. Reality is we DECREASED our sales by volume Q/Q and since then the inflation rate of XRP circulating supply has been lower than that of BTC and ETH.”

After taking some time to explain what Ripple is and works, and touching briefly on the fact that people will continue to speculate on different asset classes, Garlinghouse further explained that the long-term value of any digital asset is going to be derived from the utility it delivers, and points out that XRP is about 1,000 times faster than a Bitcoin transaction and about 1,000 times less expensive. Garlinghouse said:

“Bitcoin (BTC), I am long Bitcoin, and Bitcoin, I think, has a real utility around being a store of value, it is digital gold. But if a BTC transaction takes on average 12 minutes to confirm and the cost is over $1 per transaction, that is not going to be great as a payment solution. So around payments, we think XRP is uniquely and extremely well positioned to solve that payment problem.”

Where next for Bitcoin price? BTC continues to stagnate below $18K