It’s been a quiet past few weeks for Bitcoin.

After reaching $10,400 at the start of June, the cryptocurrency has seen a correction and now trades in the low-$9,000s.

Yet a crucial on-chain signal that appeared at the start of three previous bull runs has just been seen.

A cryptocurrency technical and on-chain analyst noted on Jun. 26 that an important on-chain signal just appeared: The MVRV Long/Short Differential indicator passed above 0% after a multi-month correction.

“MVRV is a measure of how much each coin holder paid for their coins and compares it to the current price of that given coin. If the ratio is above 1.0, then on average all holders will get profit if they sell their coins now. If it is below 1.0, on average everyone will realize a loss if they sell.”

The reason why this is important is that every time the metric has historically crossed one, rallies have followed suit. 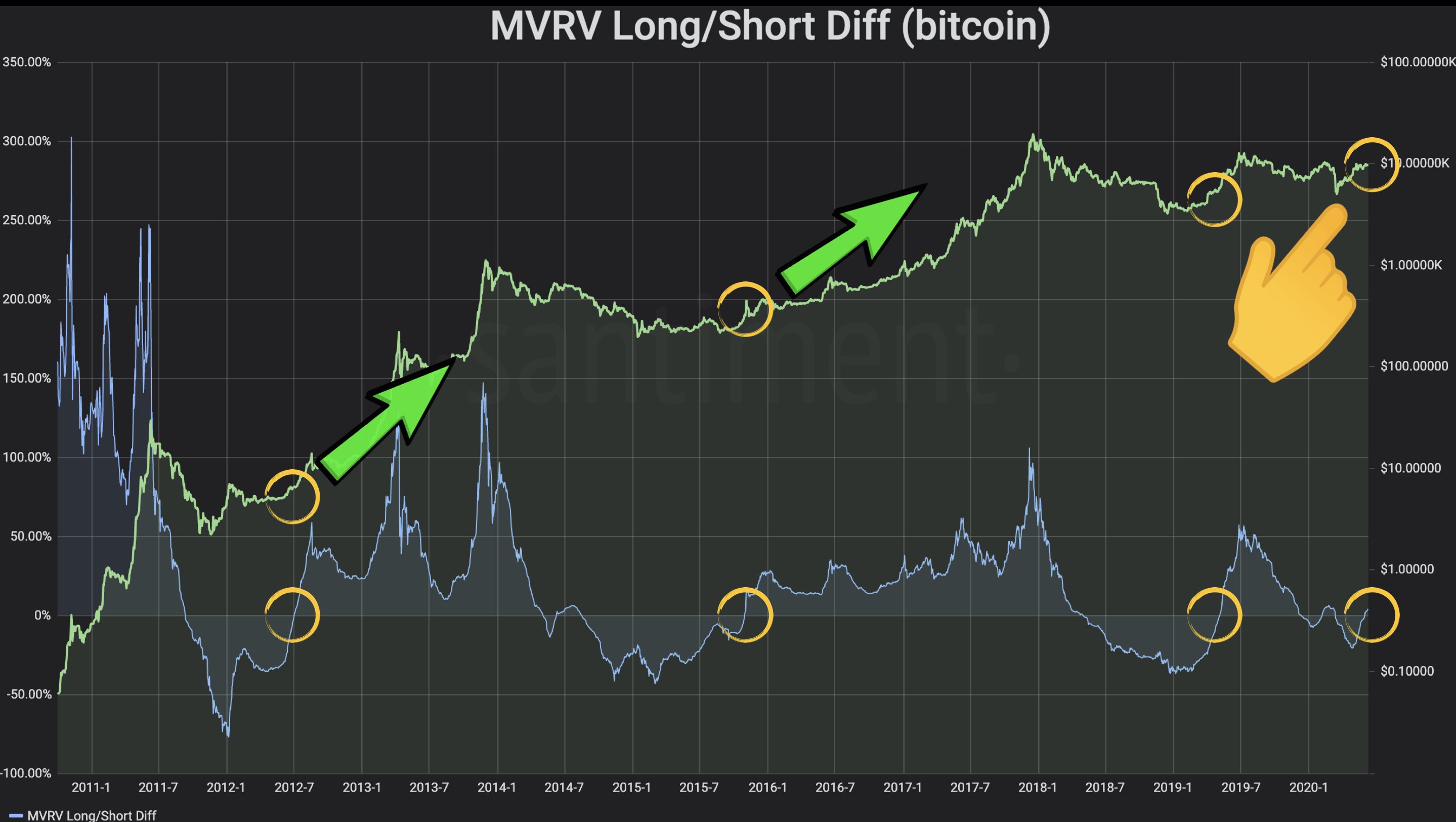 This historical precedent suggests that Bitcoin may be on the verge of a macro rally.

Luke Martin, a cryptocurrency trader, commented the following on the indicator’s performance in September of last year:

“With $BTC continuing it’s month-long chop, I’ve been learning more about on-chain metrics. MVRV ratio gives a good idea of exchange price relationship to “fair value” of a BTC. MVRC <= 1 has been an excellent buy every time.”

Don’t Count Out a Short-Term Correction

While there is this evidence, Bitcoin could experience a short-term correction.

As reported by NewsBTC, on-chain analyst Cole Garner has found a confluence of reasons why Bitcoin could correct. They are as follows: Glassnode has reported that miners are attempting to liquidate a large amount of Bitcoin, institutions are bearish on BTC via the CME, Bitfinex’s order book has been skewed “massively to the sell side.”

There’s also comments from another analyst suggesting that Bitcoin is trading in a “high time frame distribution” pattern.

7 Wild Scenarios for the Future of Money

IBM Says It’s Ready to Work with Facebook on Blockchain