Over the past few hours, Bitcoin (BTC) has begun to gain momentum once again, pushing past $7,400 after remaining trapped under that level for the past two-odd days. As of the time of writing this, the leading cryptocurrency is trading for $7,470 — registering a 2.22% gain in the past 24 hours. Altcoins have followed suit, posting similar slight gains across the board as bulls are stepping in.

Although already a strong performance, analysts expect Bitcoin’s gains to continue into next week, with some even going as far as to say that the cryptocurrency could top $9,000 by the end of the month, maybe sooner.

Related Reading: This Scary Fractal Suggests Bitcoin Price Is On Its Way to $3,000

Cryptocurrency and forex trader Livercoin posted the below tweet on Saturday, showing that he believes Bitcoin has been trading like a textbook Wyckoff Reaccumulation-esque pattern over the past few days.

The textbook pattern, should BTC follow it to a T, suggests that BTC will break higher and higher in the coming days, in an upward move that will bring the asset back to the high-$7,000s.

Hi, I am Livercoin and I like wyckoff reaccumulation. $BTC #Crypto pic.twitter.com/JH2HouSFTG

Another analyst echoed this optimism, posting the below chart. In it, he notes that if BTC can break the neckline of the inverse head and shoulders pattern formed over the past five weeks, which it did, a 15% move to hit $8,500 could be had in the coming weeks.

Seeing that Bitcoin has broken past the neckline over the past few hours and may see an end-to-end Ichimoku Cloud move, the cryptocurrency could begin to act on this pattern, surging higher to the aforementioned target. 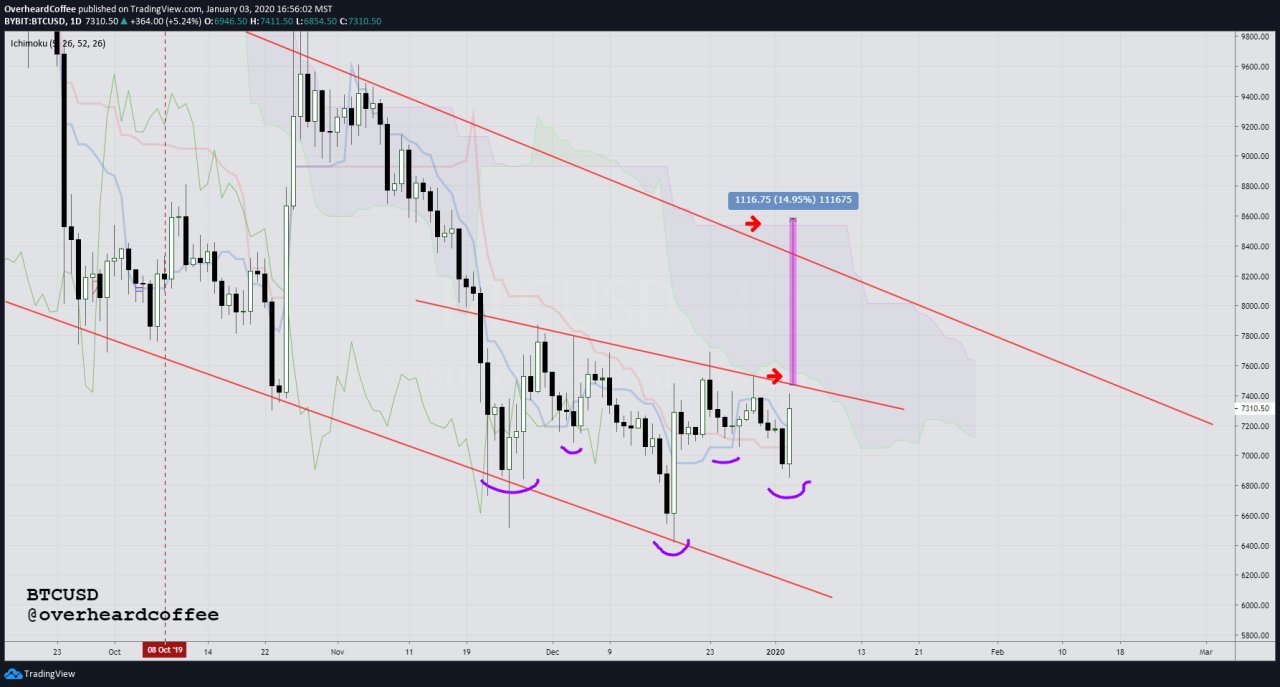 Also, Su Zhu, the chief executive officer of forex and crypto fund Three Arrows Capital, recently remarked on Twitter that he believes Bitcoin’s price outlooking heading into 2020 is looking rather bullish. The prominent commentator specifically cited  his analysis of the BTC/USDT trading pairs and their premiums to BTC/USD markets and the overall price action, which shows there are “clear signs of accumulation and money flow back into risk.”

Newest Crypto - March 8, 2021
0
Bitcoin price gained bullish momentum above the $50,000 resistance against the US Dollar. BTC traded towards $52,000 and it remains supported for more...

Want to be rich? Bitcoin’s limited supply cap means you only...