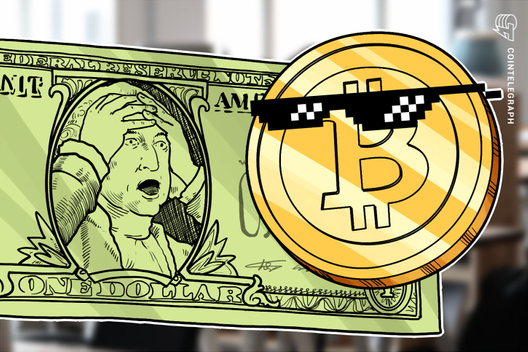 Bitcoin (BTC) bulls will no doubt keenly watch talk of the need for “a new, neutral global reserve asset” at the heart of the traditional financial sphere.

Financial Times business columnist and associate editor Rana Foroohar published an opinion piece on Nov. 25, pointing to the renewed, half-justified “paranoia” of the “gold bugs,” which has only been compounded by comments from investors and central bankers in recent weeks.

“You have to really believe the sky is falling in order to hoard physical bars in a digital age,” Foroohor writes.

And while she does not put her faith in gold itself, the very talk of gold points to a systemically fragile post-2008 horizon and the new urgencies ushered in by an era of acute geopolitical uncertainties.

Need for an asset “that’s not somebody else’s liability”

Foroohar points to the Dutch Central Bank’s (DCB) October warning — one that shocked many — that in the event of a monetary reset and “if the system collapses”:

“The gold stock can serve as a basis to build it up again. Gold bolsters confidence in the stability of the central bank’s balance sheet and creates a sense of security.”

The world’s 58th wealthiest person — billionaire investor and hedge fund manager Ray Dalio — echoed this at the Institute for International Finance conference this fall, raising the possibility of a potential flight to gold should America’s global creditors betray any signs of jitteriness.

As early as at least 2016, Foroohar notes, prominent voices like JPMorgan chief Jamie Dimon and hedge fund manager Stanley Druckenmiller have alleged there is an “unsustainable” fiscal situation, pointing to unfunded pension and healthcare entitlements in the United States.

To offset the fiscal imbalance, the U.S. remains locked into inflating its own balance sheet, keeping interest rates low — or even negative. Pushed to the extreme — in this view — this could depreciate the dollar, creating a situation in which investors no longer want to hold federal debt nor the currency itself, Foorohar notes.

The need for an asset “that’s not somebody else’s liability” — in Dalio’s words — points to gold or something else altogether.

Eurasia’s move away from the dollar?

With China recently issuing its first euro-denominated bonds in 15 years, deepening ties with European firms and edging away from the petrodollar, the gradual de-dollarization of Eurasia is another unfolding factor that could force America to sell dollars in order to settle its balance of payments “in a new, neutral reserve asset,” as Foroohar writes.

Parallel to Dalio and the DCB this October, Cameron Winklevoss — one half of the eponymous family office Winklevoss Capital and co-founder of the Gemini crypto exchange — argued that, in serving as a “Source of Truth,” Bitcoin can offer benefits that aren’t confined to being a safe-haven asset or mere “digital gold.”

The twins have also previously forecast the cryptocurrency will ultimately surpass the ~$7 trillion market cap of the precious metal.