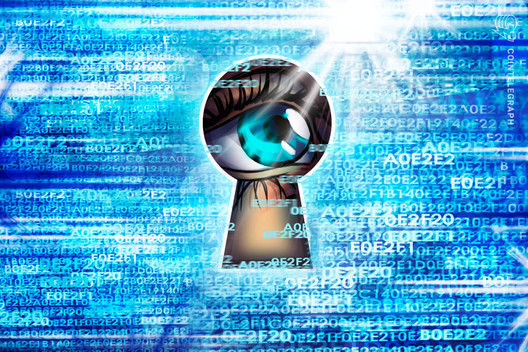 Before the COVID-19 pandemic, privacy was already at a premium. Now, we’re facing a further dive into the uncharted territory of pervasive privacy intrusions.

Targeted advertising tools in your web browser already track your favorite websites, purchases and habits, and browser privacy is a foregone relic. That data is then centralized under the auspices of a big technology firm’s servers and sold to the highest bidder or leveraged to glean a competitive edge.

Most people care about privacy, and some are very passionate about preserving privacy. But people forfeit much of their privacy through ignorance of the technological mechanisms working behind the scenes of their web browser. They care more about the user experience than the often cumbersome hurdle of protecting privacy.

Even though only 14% of millennials believe that the advantages of technology outweigh the risks of sharing personal data, privacy is continually shuttered to the back seat of mainstream discourse. But privacy is quickly becoming the issue of our time, and COVID-19 — a pandemic ravaging cities around the world — may prove to be the spark necessary for people to understand why.

The unseen and the spark

The general passive response by the broader public around the world to privacy intrusions is worth exploring for several reasons.

First, many people are likely becoming numb to the repeated data scandals that populate the headlines of major media outlets seemingly every week. From Facebook’s Cambridge Analytica debacle, to the Equifax scandal, to the recent dumping of government emails and passwords online during the COVID-19 crisis, data hacks are endemic.

Second, the infiltration of privacy via the web is not a visceral experience. Privacy abuses are silent, working behind the scenes, and they are entirely outside the technical scope of most web users. Ignorance is bliss. The ease with which privacy abuses have proceeded uninterrupted for years has allowed their downstream consequences to fester and aggrandize into severe problems with enormous long-term implications.

Crises are often an excellent guise for sneaking in further intrusions of privacy at the expense of the public, which is precisely what’s been happening so far.

On the government’s end, a digital dollar has been snuck into the Small Business Administration relief package twice, and the EARN IT Act is a blatant attempt to make encryption illegal on the web. Coincidentally, such legislation that would receive mainstream pushback without a crisis is being considered seriously during a crisis.

The problem is that once apparatuses for abusing privacy are initiated, they’re rarely ever removed with ease. Just look at the Patriot Act and the ripple effect consequences that had on digital privacy.

Big tech firms are also on the receiving end of some highly questionable new developments. Google and Apple’s Bluetooth tracing is the manifestation of full-blown cellular tracking of people’s movements, everywhere. Sound Orwellian? It’s because it is. Google and Apple are feigning privacy with gratuitous front-end encryption gimmicks, but the data is still uploaded to their servers.

Related: How to Keep Data Private With Google and Apple’s Contact Tracing App

Privacy is the issue of our time because our control over it has slowly been eroded over time. We may have become numb to some of the broader abuses and high-profile scandals, but eventually an inflection point will happen. At that juncture, we will need lower-cost, user-friendly and powerful privacy tools to meet the demands of the public.

A wave of new technology

If COVID-19 ignited a resurgent demand for privacy in the digital age, then the current wave of cutting-edge technology focusing on open-source, peer-to-peer and cryptographic protocols is the foundation to build a new privacy standard — preventing the issue of our time from devolving further into ruin.

The onset of cryptocurrencies sparked a full-fledged grassroots movement in cryptographic primitives. Namely, ring signatures, bulletproofs and zero-knowledge proof technology such as zk-SNARKS. At the heart of these developments are the passionate proponents of privacy who wield number theory and mathematical trapdoor functions to make peering into communications or financial data virtually impossible.

Related: What Are Zk-SNARKs and How Do They Affect Digital Privacy?

For example, the zk-SNARKs used in our company’s protocol obfuscate all transaction details from the public ledger, whether it’s used for decentralized finance applications or simple transfers of large sums of value. Other projects, such as the open-source communications app Signal, rely on encrypted connections between users and are rapidly growing their user bases.

There are even early derivatives of some of the most popular work apps, such as Slack, that focus on privacy. For instance, Keybase is a key directory that maps social media identities to encrypted keys that can be used for coordinating projects and other larger endeavors, similar to Slack.

But privacy often extends beyond encryption and into distribution.

Google and Apple’s servers accumulate the data from all their users, which they hoard and monetize into massive stockpiles of cash. However, open-source and grassroots movements such as the decentralized web, or DWeb — a suite of P2P technologies driving the next iteration of the web — sever the propensity of tech companies to aggrandize data with impunity. By leveraging distributed storage solutions (e.g., InterPlanetary File System), encryption and distributed financial platforms (e.g., Compound), users can interact with similar applications and features without exposing their personal data to third parties.

The user experience was always the limiting factor, though. Previously, maintaining privacy was a hassle that only the most ardent supporters of privacy would go through to achieve a degree of anonymity on the web.

For most users, however, the costs of wielding a virtual private network, private chat app not owned by Facebook or private financial transactions outside the banking system were simply too high.

For example, our company’s design explicitly caters to a “plug-and-play” audience of businesses, finance professionals and regular users looking to exercise anonymous smart contracts, confidential transactions or a private staking system to generate passive income. Apps such as Signal are climbing App Store download boards, and IPFS is on the precipice of its long-awaited public release.

The new generation of privacy tools is crafted for both individuals and businesses alike. The tools are user-friendly, open-source, don’t monetize your data and are waiting for that inflection point to welcome you aboard a new era of privacy.

You may have never imagined privacy being one of the foremost issues of our time. It has quietly eroded in the background of your favorite experiences as you surf the web. If the COVID-19 pandemic has a silver lining, it’s that the further privacy abuses furtively injected into fiscal relief packages and surveillance under the guise of disease tracking may have awoken the public to the persistent demise of privacy.

Zhengpeng Hou is the CEO of Suterusu, which is working to develop privacy protection over smart contracts, transactions and data for blockchain networks. Zhengpeng is the former director of ZBG Capital and has spent the last 10 years working on software development.