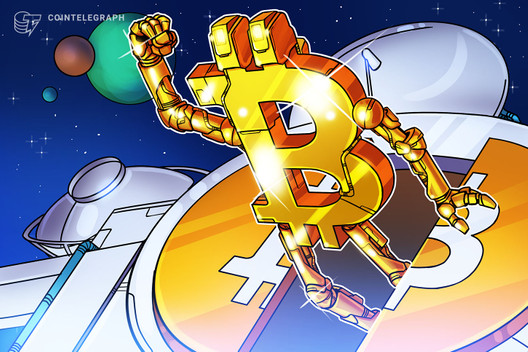 This is not the first time an event called halving has happened on the Bitcoin (BTC) network. The first halving took place in 2012; the second halving took place in 2016. Now, the third halving is expected, and like the previous ones, it will halve the reward for the calculated Bitcoin block. Originally, the reward for the calculated block was 50 BTC. Since then, the reward has been reduced to 25 and 12.5 BTC — and is about to be reduced to 6.75 BTC.

The upcoming halving, however, differs from previous halvings in that much more people are involved in the crypto industry. New opportunities have emerged, including ones for big players to manipulate the price of Bitcoin. Among the financial instruments available to large players, there are also stock options and futures on Bitcoin. There has also been a significant increase in people’s awareness of what cryptocurrencies are. Even those who used to be far away from digital currency have learned about what is expected in the Bitcoin network.

In the long term, an event such as the halving will only affect the price of a digital currency by increasing its hash rate. The hash rate and Bitcoin prices have a correlation between each other. The higher the hash rate, the harder it is to calculate new blocks and the less Bitcoin enters the market. On the contrary, a decrease in the hash rate is beneficial for miners, as it allows them to earn more BTC. Although they perform one task, all miners compete with one another.

In the short term, the network hash rate will decrease. This is due to the disconnection of old equipment by the miners, which, at current electricity prices, will no longer be able to operate profitably. This has already happened in the first and second halving of the Bitcoin network. At first, the BTC hash rate, together with the BTC rate, decreased and then increased significantly. As we have already seen from previous halvings, a noticeable bullish movement started about a year after the event and lasted several months.

The year is about the period of time that miners need for technical re-equipment. By purchasing new, more powerful equipment, Bitcoin miners significantly improve the network together. The offer of new BTCs on the market is simultaneously reduced with the growth of the hash rate. Seeing the beginning of growth, the miners begin to hold on to the digital currency in order to part with it at the highest possible price. This is how the peaks in the Bitcoin price chart occur.

The expected halving has a psychological aspect as well. Since the markets of cryptocurrencies and traditional markets have correlated with each other, the fall of the markets due to the coronavirus pandemic has also led to the fall of all digital currencies. However, Bitcoin has shown better recovery dynamics than S&P 500, SSE Index, Nikkei and even gold. Coronavirus topics continue to be at the top of news publications. Because of this, an event like the halving, at first, partly went into the shadows and now is attracting more and more interest. Google Trends indicates that people actively look for information about what the Bitcoin halving is. The event for the network is undoubtedly positive, and if not today, it will promote purchases in the foreseeable future.

There are increasing signs that Bitcoin is being chosen as an alternative to fiat currencies. Thus, research at Grayscale’s Bitcoin Investment Trust and other analysts have said that new investors have not even heard about the Bitcoin halving. Their concerns are quite different: what the Federal Reserve Chairman Jerome Powell said about money as “unlimited pot,” and how President Donald Trump promises to print trillions of dollars to overcome the consequences of the coronavirus pandemic. More financial institutions have been investing in digital currency. Grayscale, which manages the Grayscale Bitcoin Trust, reported that 88% of investments in Q1 2020 were from institutional investors. In terms of technical analysis, Bitcoin is also doing well: Three key resistance levels have been already surpassed simultaneously — the 200-day simple moving average, the 200-day exponential moving average, and the 0.618 Fibonacci retracement level. A fixation above the $10,500 level may mean the beginning of a bullish trend right now.

Anna Tutova is a public speaker and the CEO of Coinstelegram, a crypto-consulting agency. Anna holds a Master’s degree in international law. She is an expert in public relations and business development. Two years ago, she shifted her focus from the entertainment industry to blockchain to help to develop startups. Additionally, she has made significant contributions in attracting investments for the Coinstelegram Fund, which invested in projects, such as Perlin, EdenChain, Elysian etc.

Bitcoin May See a “Rug Pull” Scenario as Bulls Fail to...