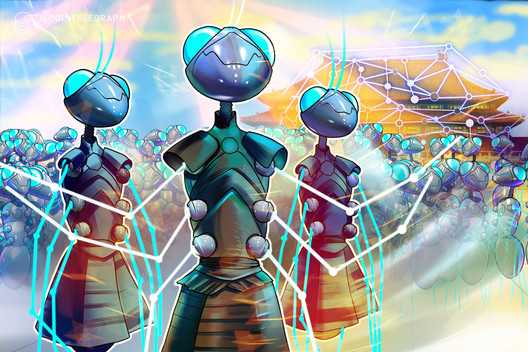 However, these predictions appear to be based on local reports published prior to China’s first official fatality resulting from COVID-19.

On October 15, 2019, Chinese state-operated media outlet, Xinhua news, reported that the country’s Blockchain Service Network, or BSN, had commenced testing. The project’s six-month internal testing phase was initially scheduled to finish at the end of March 2020.

The development of the network’s core technologies was then nearing completion, and more than 50 public nodes had been deployed in 31 provinces and municipalities across the country.

In early January, just as COVID-19 was first being identified as a unique virus and not a recurrence of SARS, Tang Sisi, the deputy head of the Smart City Development Research Center of SIC, announced that the BSN would launch during April after the trial had completed.

Coronavirus pandemic may disrupt the launch of China’s BSN

While the platform had reportedly processed nearly $12.7 billion in transactions for 44 banks and almost 1,900 companies throughout trials in Shenzhen alone by mid-January, news regarding the BSN appears to have dried up as the coronavirus pandemic began to take shape in China.

The most recent official mention of the project appears to be a March 9 report published by Chinese state-owned media outlet, Global Times. While the article announces that the People’s Bank of China had secured $4.7 million in research funding for the BSN over three years, the report contains no mention of an upcoming launch for the BSN.

Despite the spread of coronavirus beginning to slow in China, the recent near-total devotion of the Chinese state apparatus to fighting COVID-19 may mean that an April launch for BSN is unlikely.

However, the pandemic has proved a good testing ground for many of blockchain’s applications — with China deploying distributed ledger technologies to track and record medical supplies, charity donations, and the spread of the virus.

The BSN was first revealed in Shenzhen during September 2018, with the network intended to bolster China’s digital economy and underpin the construction of ‘smart cities.’

The blockchain network has been developed through collaboration between the state-run telecom provider, China Mobile, the government-support payment processor, China UnionPay, the State Information Center (SIC), and several other state institutions.

Coin Of The Week – Optimism (OP)